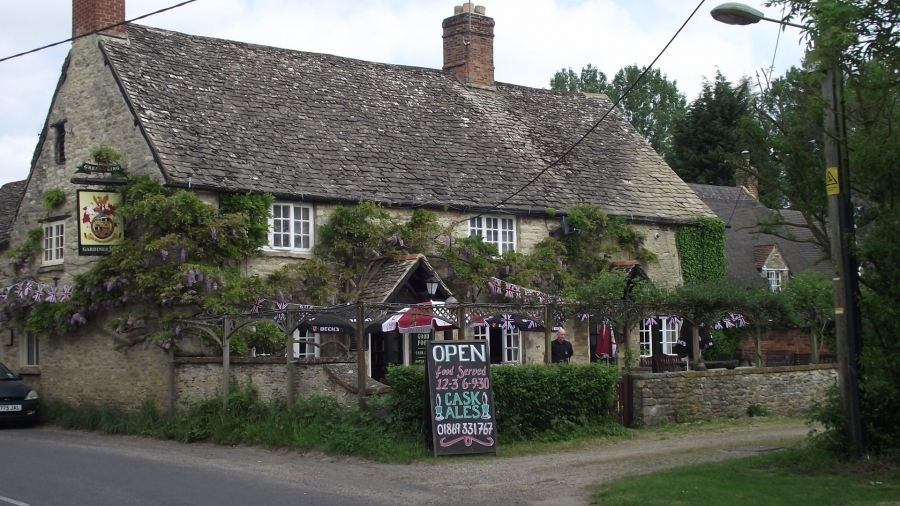 Guide
,
United Kingdom
Kidlington is a large village and civil parish between the River Cherwell and the Oxford Canal, 5 miles (8 km) north of Oxford. RESIDENTS of a small Oxfordshire village have been left baffled by throngs of tourists arriving in coaches to photograph their town – with some even suggesting supernatural explanations for their arrival.

The groups of tourists started appearing in Kidlington – population 13,000 – about three weeks ago. Villagers suggest Harry Potter or Inspector Morse filming locations may be behind regular arrivals of tourists to an unexceptional suburban road.

Residents of Kidlington in Oxfordshire have been bemused by the arrival of “coach loads” of tourists every week to take pictures of an unremarkable suburban road.

For the past three weeks, groups of people have posed for photographs in front of houses and parked cars.

No clear reason for the visits havs yet been discovered, though residents have suggested it might be something to do with filming for films or TV programmes such as Inspector Morse and Harry Potter.
Read more

Others have suggested the camera-laden sight-seers may be the result of an anthropological study being carried out by students at Oxford University, five miles away.

It has caused hilarity in the quiet village where local attractions include the medieval church and performances by a long-running brass band.

According to residents who have been writing about the phenomenon on Facebook, buses have been arriving in Mill Street, and tourists have been walking down Benmead Road and the Moors, taking photographs of houses.

“Saw them the other week,” one resident said. “They were even in the gardens and at people’s front doors!”

“I must say I do find it hilarious but I am at a loss to understand it all,” another resident wrote.

“Is it something to do with Midsomer Murders? How about actually asking the tourists directly?” another suggested.

One local business owner said she heard the group had been falsely informed they were visiting an authentic Cotswold village.

She told The Sun: “Somebody seems to think that they’re coming under the assumption they’re visiting a Cotswold village, which isn’t exactly true.”

Another said she believed the influx was due to “somebody trying to pull one over on them”.

However, a councillor has complained the groups are causing “annoyance and worry” by wandering on people’s properties.

Councillor Carole Pack said: “There is a cross roads at the bottom of the high street and I wouldn’t say every day, but very very frequently, a coach load of I don’t know what – we think Chinese – come.

“They all get out. They wander up and down the high street. They go into people’s gardens. They all take so many photos. They walk in people’s gardens and up people’s drives and all these things.

“We called the police in the end because people didn’t like them walking up and looking through the windows and things like that.”