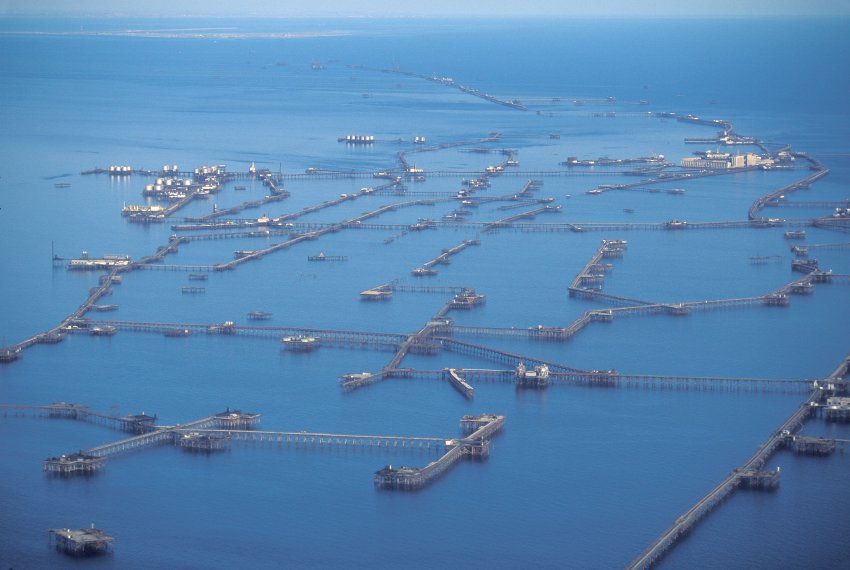 Guide
,
Azerbaijan
Far out into the Caspian Sea, a hundred kilometers away from the Azerbaijani capital Baku, lies one of the most incredible settlements in the world. A fully functional city of 3,000 living in a network of oil platforms and artificial islands connected by 300 km of trestle bridges. This is Neft Daslari, also known as Oil Rocks, and it lies fully within the world’s largest lake at an incredible distance of 55 km from the lake’s shore.

Azerbaijan has been famed for its rich oil resources since ancient times. There is evidence of oil drilling and actual trade in petroleum as early as the 3rd and 4th centuries. Historical accounts of the area’s oil and natural gas seepage can be found in old Arabic and Persian manuscripts, as well as in the writings of famous travellers such as Marco Polo. The Persians called the area the "Land of Fire”.

Modern drilling began in 1870 after Russia conquered the territory. By the start of the First World War, Azerbaijan’s oil wells were already supplying 175 million barrels of crude oil a year, or 75 percent of the country`s entire oil production. After the war, while exploring for oil in the Caspian Sea, Soviet engineers struck top-quality oil at a depth of 1,100 meters below the seabed. Shortly thereafter, the world`s first offshore oil platform was built at the spot, and Neft Daslari was born.

The original foundation of Neft Daslari consisted of seven sunken ships including the world`s first oil tanker. Over the decades this grew to some 2,000 drilling platforms spread in a 30-kilometer circle, joined by a network of bridge viaducts spanning 300 kilometers. Over these platforms, workers built eight-story apartment blocks, a beverage factory, soccer pitch, library, bakery, laundry, 300-seat cinema, bathhouse, vegetable garden and even a tree-lined park for which the soil was brought from the mainland. During its heydays, some 5,000 workers lived here.

Neft Daslari’s decline began with the collapse of the Soviet and the discovery of new oilfields elsewhere. The workforce was reduced and many oil rigs were abandoned. Neglect and lack of maintenance caused many of them to collapse into the sea. Others are in the process of crumbling. Out of the 300 kilometers of roads, only 45 kilometers remain usable, and even they have fallen into disrepair. To the government, however, the place is still the proud, closely-guarded secret it was in Soviet times. It is still very hard for foreigners to gain access to the city. You can’t even zoom into it on Google Maps.