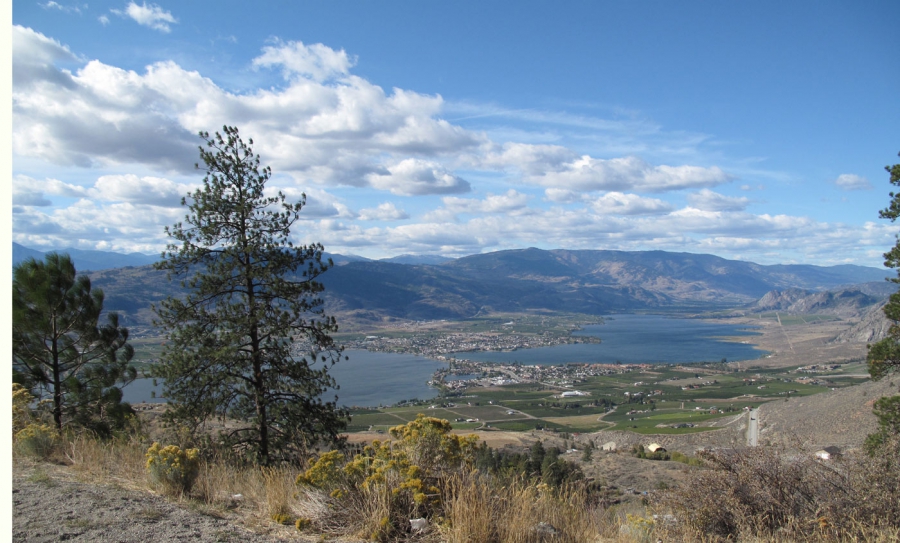 Guide
,
Canada
British Columbia is Canada`s westernmost province and one of North America`s most mountainous regions. B.C. is bordered by the province of Alberta, the Yukon Territory and several U.S. states, including Alaska. Given its location, British Columbia is a gateway to the Pacific and Asia. Sometimes simply categorized as part of Canada`s "West," the province is actually a distinct region both geographically and culturally.

The variety of its landscape is the main reason for B.C.`s distinctiveness: its 947 800 km2 offer remarkable topographical contrasts. Where the Pacific Ocean reaches the continent, it meets a chain of islands, large and small, running from north to south. Some of these islands are nestled in fiords carved in the majestic Coastal Mountains, which rise more than 2000 m above sea level.

To the east of the Coastal Mountains lies a rolling upland of forests, natural grasslands and lakes. Farther east, the Rocky Mountains (with peaks more than 4000 m high) separate B.C. from neighbouring Alberta. In the north, a small corner of the province is occupied by the Great Plains.

The province`s climate equals its topography for variety. For example, the mild coastal region receives abundant precipitation - from 130 to 380 cm of rain a year - while the interior has a continental climate. Other parts of the province are almost desert-like, with very hot summers followed by very cold winters.

The Aboriginal peoples of British Columbia developed a rich and complex culture. Because of the diversity of the Pacific coast - mild to cold climate, seashore to mountains - the tribes that settled in this area developed completely different cultures and languages.

The coastal inhabitants were experts at wood sculpture, as their totem polls attest even today. They were also famous for their skill and courage in whaling. As for their social system, it was marked by occasions such as the potlatch - a ceremony in which important gifts were given to guests - and by theatrical displays.

In 1774, the first Europeans, under the flag of Spain, visited what is now British Columbia. In contrast with eastern Canada, where the English and French were the two nationalities fighting over territory, Spain and Russia were the first countries to claim ownership of certain parts of British Columbia. In the 18th century, the Spanish claimed the west coast from Mexico to Vancouver Island. At the same time, the Russians were making an overlapping claim for control of the Pacific coast from Alaska to San Francisco.
In 1778, Captain James Cook of Great Britain became the first person to chart the region. The first permanent colony, in present-day Victoria, was established by the British in 1843.

When gold was discovered in the lower Fraser Valley in 1857, thousands of people came in search of instant wealth. To help maintain law and order, the British government established the colony of British Columbia the following year. In 1866, when the frenzy of the gold rush was over, the colony of Vancouver Island joined British Columbia.

The colony was cut off from the rest of British North America by thousands of kilometres and a mountain range. The promise of a rail link between the Pacific coast and the rest of Canada convinced British Columbia to join Confederation in 1871.

More ...
The majority of B.C.`s inhabitants are of British origin, but the population is enriched by immigrants and descendants of immigrants of all nationalities. More than 100 000 British Columbians are descendants of the thousands of Chinese who took part in the construction of the Canadian Pacific Railway in the late 19th century. Today, Vancouver has North America`s second-largest Chinese community. In addition, more than 60 000 of B.C. inhabitants are from India and over 16 000 from Japan. British Columbians of Asian heritage have contributed tremendously to the province`s economic and cultural vitality.

The Aboriginal population of British Columbia, which began to decline with the arrival of the first European settlers, is enjoying new strength. It is growing in numbers (more than 165 000 people in 1991) and has developed strong Aboriginal organizations. This new energy coincides with a renaissance in Aboriginal cultural and artistic expression.

British Columbia continues to attract Canadians and foreigners alike: 40 000 persons settle in the province each year, and its population now exceeds 3.8 million - 12 percent of Canada`s total. Nearly 60 percent live in the Victoria (capital of the province) and Vancouver areas. Vancouver, the largest dry cargo port on the Pacific coast of North America, is home to more than 1.8 million people, which makes it the third-largest Canadian city.

The economy is based on the province`s great natural resources, primarily its vast forests, which cover 56 percent of its total area. Conifers from these forests are converted into lumber, newsprint, pulp and paper products, shingles and shakes - about half the total softwood inventory of Canada.

Tourism is the next most important economic sector. Each year, about 15 million people visit British Columbia. With over five million hectares of parkland, the Rocky Mountains remain the biggest attraction. Coastal B.C., with its beaches, hiking trails, artists` colonies, wildlife reserves, whale-sighting locales and other attractions, is not far behind. Of increasing attraction to visitors are the Queen Charlotte Islands, large parts of which have recently been set aside as parkland. The area contains untouched wilderness and unique species of flora. The abandoned Haida village of Ninstints is of such historical and cultural importance that it has been designated a world heritage site by UNESCO.

Mining is the province`s third most important economic sector. Copper, gold and zinc are the leading metals extracted from B.C.; sulphur and asbestos are the leading industrial minerals. The most valuable resources, however, are coal, petroleum and natural gas.

Agriculture and fishing, especially salmon fishing, are two other key sectors of the economy of British Columbia, whose dairy cattle are among Canada`s most productive. The valleys of the southern interior, principally the Okanagan Valley, are famous for cultivation of tree fruits and grapes and for their wine industry. The cooler, wetter climate of the lower Fraser Valley produces rich crops of berries and vegetables.

Manufacturing in B.C. is still largely resource-based, but is being gradually diversified by high-tech and computer-based industries related to telecommunications and the aerospace and sub-sea industries. British Columbia has the most balanced export market of all Canada`s provinces, with the United States, Japan, the European and the Pacific Rim countries as its clientele.