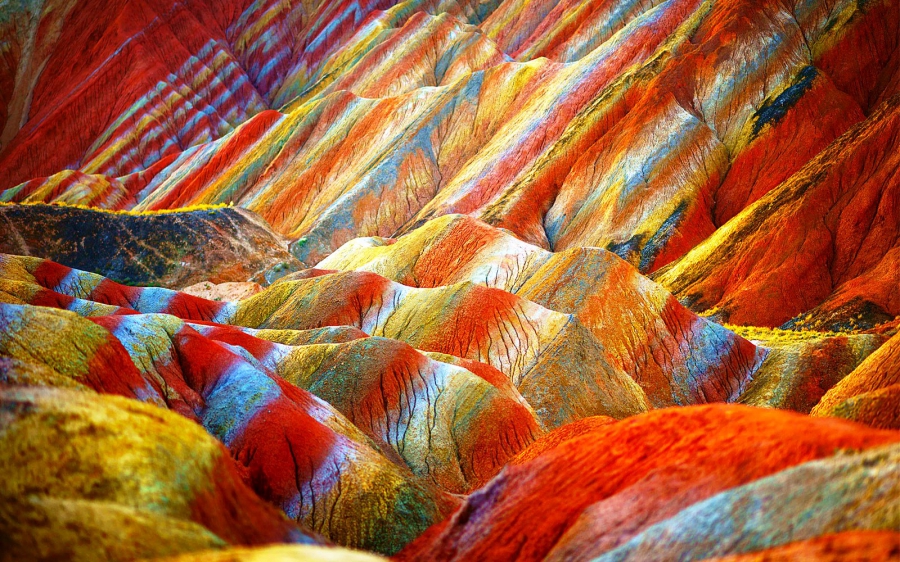 Guide
,
China
The world is full of wonderful things and stunning places to explore. There are unbelievable panoramas out there as if we are living in other planets. One of them is the mountains in Zhangye Danxia, China.
Zhangye DanxiaThese mountains are located in Zhangye Danxia Land form Geological Park in Gansu province, China. The mountains are like rainbow mountains that stand along 300 kilometers square. The hills consist of multi colored sandstone such as red, blue, green, brown and yellow and there are no plants and animals since the land is so dry.

Zhangye Danxia ColorsZhangye Danxia mountains are an incredible natural phenomena which is an example of Geo-morphology, Petrography that has been formed by the surrounded condition. The expert says that the colors of the hills come from red sand and some minerals that formed since the limestone period 24 million years ago.

The stone formation changed into a tectonic movement that also forming the Himalaya Mountains. The shape is formed by wind and rains from a million years ago that finally formed the hills and the colors. The Zhangye Danxia mountains will appear different color pattern based on the climatic condition.

Zhangye Danxia Lanforms colorsBesides the colorful mountain, Zhangye Danxia has several hidden caves behind the hills. UNESCO categorized the place as World Heritage Sites in 2010 for its natural uniqueness.
rainbow mountains of zhangye danxia chinaPreviously, many people discovered Zhangye Danxia mountains from some photos that uploaded on the internet. Their first impression is the photo is not real and edited by computer. It is not more than art manipulation. However, Zhangye Danxia mountains become one of the most tourist targeted objects to be visited in China, especially those who like hiking. It increases the income of the Zhangye Danxia people. The locals initiate to build some access for tourists who want to visit Zhangye Danxia Mountains.