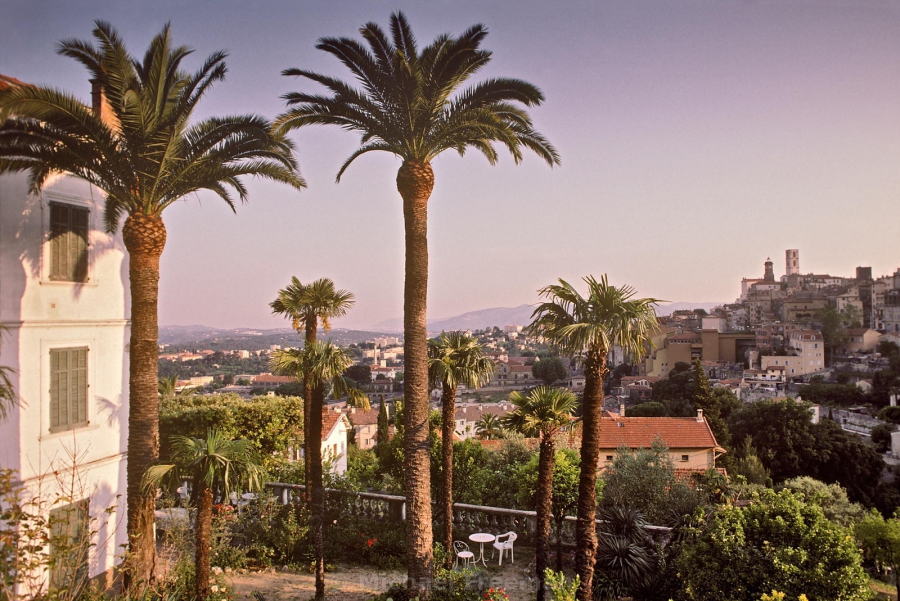 Guide
,
France
,
French Riviera
This city on the French Riviera is known around the world for the creation of perfume. Centifolia Roses, Jasmine, Orange Flower are just as many precious ingredients that grow around the city and have been inspiring Grasse perfumers for centuries. Let’s immerse ourselves in Grasse’s unique and delicate creativity.

Grasse is a sunny little refuge that hangs 1,148 feet high on the hill of Roquevillon, about 12 miles north-west of Cannes. Its exceptionally mild climate and fertile soils yield an abundant wild and sweet-smelling flowering. The local people transform the beautiful colored petals into subtle and delicate perfumes, with love and passion, and make Grasse the perfume capital of eastern Provence.

As early as the Middle-Ages, Grasse was a wealthy commercial city. It owed its prosperity to several factors, but first and foremost was its geographic location, neither too close nor too far from the sea. Not that it was always completely spared by the wars, but it did often find itself sufficiently removed from the coast to escape the direct fallout of the devastating barbarian invasions.

On the other hand, it was close enough to develop very early on a thriving maritime trade, particularly with the city of Genoa, in Italy. Its political situation also contributed greatly to its development. Inspired by the little Italian republics, Grasse set up a consulate in the 12th century. This enabled the city to reject the feudal administrative power of the neighboring city of Antibes and acquire some autonomy, although this was not an easy proposition due to the interference of the lords and bishop (whose authority was often questioned). Finally, a political and trade agreement with Genoa promoted exchanges between the two cities, and would remain in force for the next 300 years, up until the end of the 15th century. Wheat and animal skins arrived from Italy, while the ships returned full of wine, livestock and skins freshly dyed in Grasse by the local experts.

Very quickly, the prosperity of the city came to rest for the most part on its animal skin trade. This was, among other factors, thanks to the waters of a torrent, the river Foux, which crossed the town once it had been canalized. The tanners were therefore able to meet on its banks to scrape, wash, and soak their leather for many months at a time. The people of Grasse were no doubt experts in tanning. But if Grasse was famous for the quality of its leather, it was equally infamous for the pestilential odor that stemmed from the operation. Eventually, some more innovative tanners settled in right next to the old ones who polluted the atmosphere. First, they treated their skins with the local olive oil which gave their leathers perfect suppleness, then they rubbed them with perfumed fatty ointments. These new scented skins were set aside, reserved for the making of gloves for pretty Parisian ladies. Up until then, ladies would run perfumed lace handkerchiefs under their delicate noses to avoid breathing the nauseating smells emanating from the capital’s dirty streets. From then on, they were able to use this new accessory instead, and it became all the rage. A new profession emerged, that of "Perfumer Glovers". Marie de Medicis, Queen of France in the 16th century, and her court were equally delighted with this perfume fashion, and demanded that all leather goods be treated, whether gloves, doublets, purses or belts.