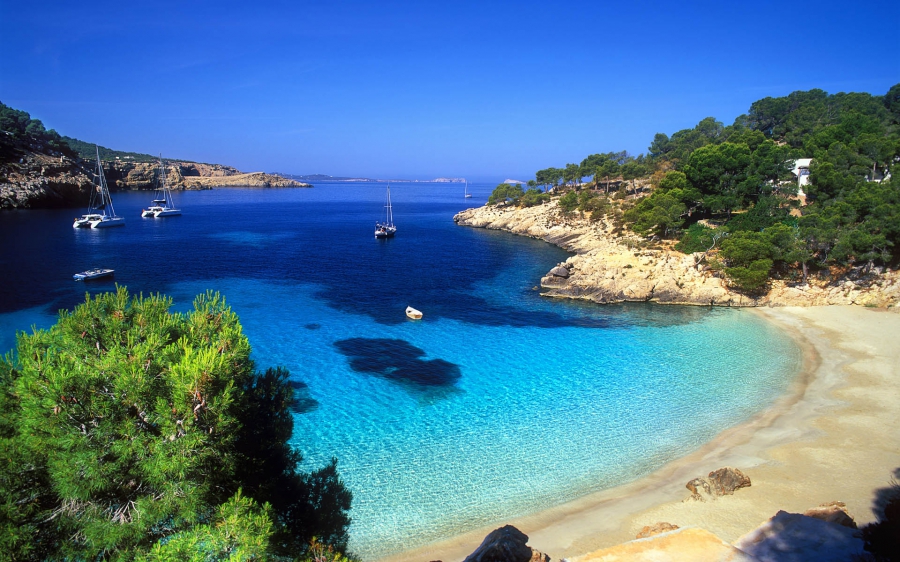 Guide
,
France
All the way down in the south east of France along the Mediterranean, and next to the Italian border, are the Maritime Alps and the world renowned French Riviera. With 10 million visitors a year, of whom 60% are foreigners, the Cote d`Azur (French Riviera) is one of the 5 most popular destinations in the world. On the French Riviera, we definitely recommend those 2, 3, 4 and 5 star deluxe hotels. WELCOME TO NICE FRANCE (FRENCH RIVIERA) Nice`s charm comes from its exceptional climate as well as its beauty. Even in the winter the cafe terraces are filled with people happily drinking and contemplating the ultra famous Promenade des Anglais...

For the past 10 years, the region has invested on a massive scale in accommodation infrastructures (22% of all 4-star hotels in France) and congress facilities. From Menton via Monaco to Mandelieu, the coast has become a sort of "Convention BoulevardÁ. These infrastructures propose prestigious amenities and first-class hospitality. The logical result is that, each year, 300,000 congressists choose the French Riviera as the site for their corporate conventions.

What makes this departement so beautiful is its craggy coastline with the Alps plunging straight down in the blue sea.

At certain times of the year one can even have the difficult choice of whether to ski or to swim. The slopes and the sea are merely an hour apart by car. The sun is legendary shining 320 days a year.

From St Tropez to Menton going through Cannes, Nice, Antibes and Monaco all the way to the Italian border this area is one not only of beauty but of prestige.

The coastline is spotted with turn of the century mansions and modern luxury homes.During the summer months when the French Riviera is particularly lively one can find sunbathers on the beaches of sand or pebbles and strollers leisurely walking along the Croisette in Cannes or the Promenade des Anglais in Nice.

Air connections to and from the French Riviera / Cote d`Azur are exceptionally good. Nice-CDA airport, the second largest airport in France, after Paris, is a major international hub. Road and rail links are also excellent.

It is the most significant construction of its style in the whole Mediterranean. All units in Port Grimaud, except smaller apartements, have their own mooring Port Grimaud is an excellent marina across the bay of Saint-Tropez, protected from Wind form the East and the îMistralî from the West.

One of the most pleasant and interesting hotel stays we have ever experienced was at the famous Negresco Hotel in Nice, France. A Riviera landmark, it sits proudly on its corner on the Promenade des Anglais, which is the major tourist street running parallel to the beaches of Nice.

The seaside resort town Saint Tropez is still very popular with the tourists, although the jetset and the in-crowd have long since left it behind. Set on the lovely blue water of the Bay of Saint-Tropez, this modern version of a medieval town is most popular for the line of yachts along the quai, and the facing line of terrace cafes, divided by a parade of strolling tourists and slow cruising expensive cars.

Interest:
One of the world`s greatest and most challenging motor-racing events, the Monaco Grand Prix is the last `street course` remaining in the Formula One calendar. Staged around the narrow, winding streets of Monte Carlo, the attraction of the Monaco Grand Prix is the proximity of the speeding Formula One cars to the race spectators. The twisting 78-lap circuit offers countless opportunities over the 263-kilometre race to witness the thrill of screaming engines, smoking tyres and the genius of the drivers on a course that allows no margin for error. Since the first Monaco Grand Prix was staged on the 14 April 1929, the fastest average race speed has risen from 80 kilometres (50 miles) per hour to 142 kilometres (88 miles) per hour.