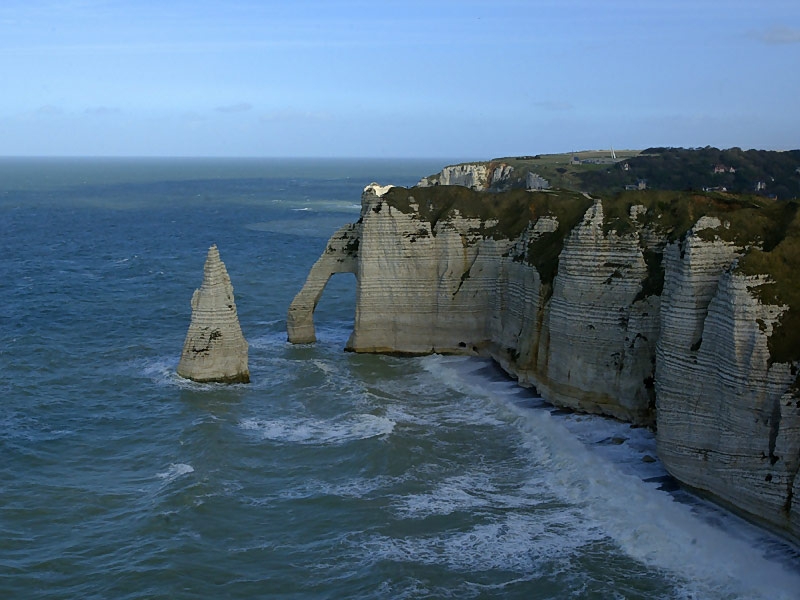 Guide
,
France
The Normandy region of France combines a 360-mile dramatic coastline, including the dramatically evocative World War II landing beaches, with a verdant interior of lush farmland, bustling market towns, and historic landmarks such as the cities of Caen, Bayeux and Rouen. Gastronomic delights abound, from fine cheeses to cider and Calvados.

Normandy Landing BeachesLanding Beaches: The largest military landing in history took place in Normandy on June 6, 1944. Monuments, museums, bunkers and cemeteries are a living commemoration to the Battle of Normandy. A perfect base from which to tour the beaches, the tiny town of Bayeux is built around the magnificent Cathedral of Notre-Dame and is home to the 200-foot long Bayeux Tapestry, a world famous masterpiece whose cartoon like scenes depict the epic tale of William the Conqueror`s expedition to England in the 11th century.

Caen War MemorialCaen War Memorial: The Caen Memorial continues its historic journey through the 20th century, from the Second World War to the world at the time of the Cold War. It also proposes a debate on the future of the planet. Exemplary with the wealth of the collection exhibited and the innovation of its presentation, a unique place. It is the quintessential starting place for an understanding of the events that took place leading to D-Day