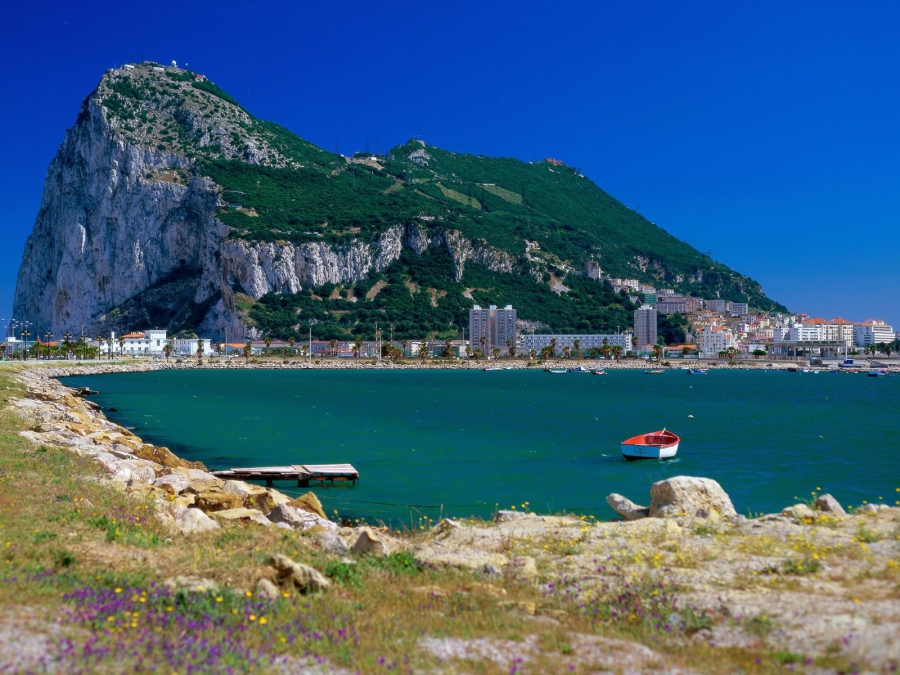 Guide
The peninsula with an area of 6.843 square kilometres (2.642 sq mi), is renowned for the only existing border within the European , this frontier has a northern border with Andalusia, Spain.

The Rock of Gibraltar is popular for its majestic high lime rock mountain that stands out from the surrounding lower lands of nearby Spain. At its foot is the densely populated city area, home to almost 30,000 Gibraltarians, descendants of people from all walks of life that go back some few hundred centuries.

The name Gibraltar is the Spanish derivation of the Arabic name Jabal Tariq , meaning "Mountain of Tariq". It refers to the geological formation, the Rock of Gibraltar, which in turn was named after the Berber Umayyad general Tariq ibn-Ziyad who led the initial incursion into Iberia in advance of the main Moorish force under the command of Umayyad Caliph Al-Walid I. Earlier, it was known as Mons Calpe, one of the Pillars of Hercules.

Today, Gibraltar is colloquially referred to as Gib or The Rock.

An Anglo-Dutch force captured Gibraltar in 1704 during the War of the Spanish Succession. The territory was subsequently ceded to Britain by Spain "in perpetuity" under the Treaty of Utrecht in 1713. Serving as an important base for the British Royal Navy; Gibraltar proved strategically significant for UK as a stepping stone to the Falkland Island conflict in the 80`s. Today its economy is based largely on tourism, financial services, and shipping.

The sovereignty of Gibraltar is a major point of contention in Anglo-Spanish relations as Spain asserts a claim to the territory. Gibraltarians have resoundingly rejected these claims for hundreds of years holding in 1967 a referendum and again in 2002 with an overwhelming 98% voting against this claim on both occasions. Under the local constitution of 2006, Gibraltar governs most of its own affairs.