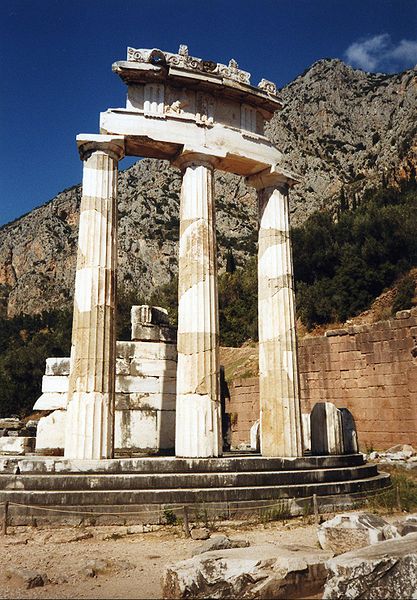 Guide
,
Greece
Delphi, a modern town in Greece is a famous archaeological site in the valley of Phocis. Delphi is located in the center of Greece, on the terraces that border the slope of Mount Parnassus. It also includes the Sanctuary of Apollo, a place where the ancient Oracle once lived. It was the place of the Delphic Oracle in Greek mythology when the main god of worship was Apollo. It is a site that is a must view for those who have always been influenced by the charm of the Oracle. The history shows that Delphi was populated during the Neolithic era. During 100 B.C., it became an important center for religious and political activities. It is interesting to know that the exact function of the Oracle cannot be found in any of the prehistoric documents; it is only the importance of Delphi that is documented well.

Delphi of Greece was considered to be the center of the world and the Oracle was a religious naval that was famous for predicting the future. Since the Oracle could predict the future, most of the kings and common people used to consult the Oracle on matters that were of great importance. These matters would include things like small house hold disputes to big war conditions. Because of its future telling capabilities, it created a name and a reputation of its own not just in Greece but in the entire world. Some of the common sites to visit in Delphi is the famous temple of Apollo, The Tholos, the Delphi Museum and the Charioteer of Delphi. The drive to Delphi from Athens is almost one and a half hour. One can reach Delphi by air or road.