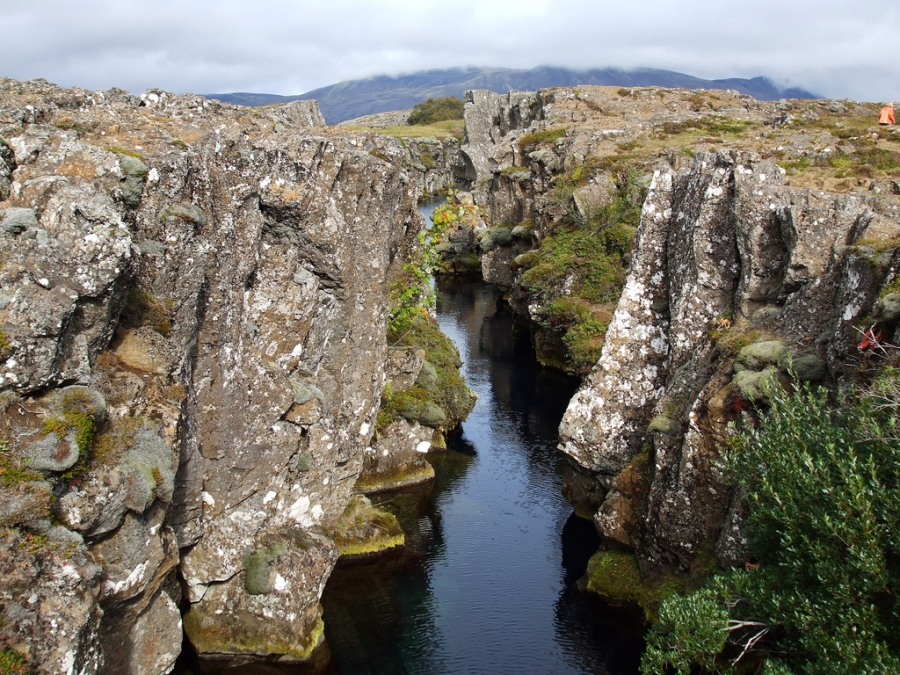 Guide
,
Iceland
Thingvellir is the National Park where the Althing, an open-air assembly representing the whole of Iceland, was established in 930 and continued to meet until 1798. Over two weeks a year, the assembly set laws - seen as a covenant between free men - and settled disputes. The Althing has deep historical and symbolic associations for the people of Iceland. The property includes the Þingvellir National Park and the remains of the Althing itself: fragments of around 50 booths built from turf and stone. Remains from the 10th century are thought to be buried underground. The site also includes remains of agricultural use from the 18th and 19th centuries. The park shows evidence of the way the landscape was husbanded over 1,000 years.

A rift valley with its high cliffs makes Þingvellir National Park a magnificent natural backdrop for the open air parliamentary assembly (or Alþing) of Iceland, which was held there annually from around 930 AD to 1798. Over two weeks a year, the assembly set laws – seen as a covenant between free people – and settled disputes. The Alþing has deep historical and symbolic associations for the people of Iceland. The property includes the Þingvellir National Park and the remains of the Alþing itself: fragments of around 50 booths built from turf and stone. Remains from the 10th century are thought to be buried underground. The property also includes Þingvellir Church and adjacent farm, the population of arctic char in Lake Þingvallavatn as well as remains of agricultural use from the 18th and 19th centuries. Its dramatic history dating back to the establishment of the Alþing gives insight into how a Viking Age pioneer community organized its society from scratch and evolved towards the modern world.

Þingvellir National Park is located in an active volcanic area, just 49 km east of Reykjavík, the capital of Iceland, and covers 24,000 ha, of which 9,270 ha constitute the World Heritage property. Its best-defined feature is a major rift, which has produced dramatic fissures and cliffs demonstrating inter-continental drifting in a spectacular and understandable way. The National Park is enclosed by a varied belt of mountains on three sides, featuring grass-covered lava fields, and Lake Þingvallavatn lies at its southern end. This outstanding scenery gives the area its unparalleled value.

The World Heritage property contains the physical remains of the Alþing and its long persistence at Þingvellir. There is a well-known kinship between the Alþing, Þingvellir, and Germanic Law and governance, documented through the Icelandic sagas and the written codification of the Grágás Laws. This closeness was strengthened in the 19th century by the independence movement and a growing appreciation of landscape values and their perceived association with ‘natural’ and ‘noble’ laws. Furthermore, the Alþing is closely linked to its hinterland (now the landscape of the National Park), an agricultural land that was traditionally used as grazing grounds for those attending the Alþing, and across which the tracks led to the Assembly grounds. The fossilised cultural landscape of the park reflects the evolution of the farming landscape over the past thousand years, with its abandoned farms, fields, tracks; associations with people and events recorded in place names and archival evidence also document the settlement in Iceland as well as the high natural values of this landscape. The inspirational qualities of Þingvellir’s landscape, derived from its unchanged dramatic beauty, its association with national events and ancient systems of law and governance, have lent the area its iconic status and turned it into the spiritual centre of Iceland.

Criterion (iii): The Alþing and its hinterland, the Þingvellir National Park, represent, through the remains of the assembly ground, the booths for those who attended, and through landscape evidence of settlement extending back possibly to the time the assembly was established, a unique reflection of medieval Norse/Germanic culture and one that persisted in essence from its foundation in 930 AD until the 18th century.

Criterion (vi): Pride in the strong association of the Alþing to medieval Norse/Germanic governance, known through the 12th century Icelandic sagas and reinforced during the fight for independence in the 19th century, have, together with the powerful natural setting of the assembly grounds, given the site iconic status as a shrine for the national Icelandic identity.

The World Heritage property has all the necessary attributes to express the Outstanding Universal Value of the Alþing and its surrounding landscape, and the assembly area and its setting in the unspoiled landscape are protected. Located in an active seismic zone, the land is subject to natural change. The floor of the valley has subsided by some 3-4 metres since the Alþing was founded at Þingvellir and will continue to do so. In 2004, the National Park was enlarged by legislative Act no. 47/2004 and the enlarged protection area surrounds the World Heritage property, and provides protection equivalent to a buffer zone.

The overall cultural landscape has changed little since the 10th century, and more recent buildings such as the Þingvellir Church and Farm respect traditional styles. The property lacked authenticity in two specific aspects at the time of inscription: summer houses and conifer trees. Contemporary “summer houses” are particularly intrusive along the western shores of Lake Þingvallavatn, southwest of the innermost assembly site, and a few can also be found in the wider landscape to the east of the assembly site, and can affect the inspirational and spiritual values of the property. The conifer trees in the innermost assembly site have since then been cut down. At the time of inscription, the hotel Valholl was located in the inner core of the nominated area, yet it burnt down in 2009.

Four permanent staff work for the Þingvellir National Park on a year-round basis. The Director is in charge of its day-to-day operation, finances and the staff, an interpretive manager, head warden and a secretary. From 1 April to 1 November, 10-12 seasonal rangers work in the park. They are responsible for supervision, interpretive services and minor maintenance work, along with other permanent employees. Experts on conservation and preservation of archaeological monuments and sites are consulted via the Archaeological Heritage Agency of Iceland.

The Þingvellir Commission schedules regular revisions of the Management Plan. Its main objectives are to safeguard the natural historical area and heritage sites of the National Park for the future, while also making preparations for visitors, whose numbers may be expected to rise steadily. As seismic activities are a natural phenomenon in the area, any threats from such occurrences will be dealt with appropriately as they occur.