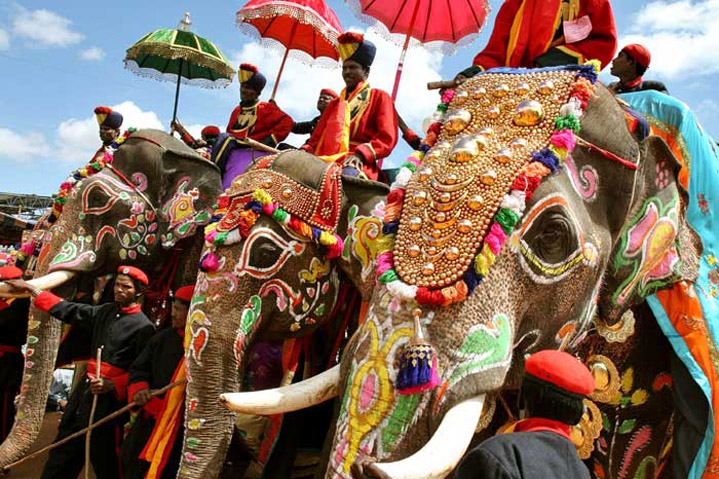 Guide
India is the seventh largest country in the world by land mass and, with about one billion people, has the second largest population in the world. It is an incredibly diverse country with its many languages, cultures, ethnicities, geographies, and climates. It often prides itself with being the largest democracy in the world. It is important to realize that India mixes its long ancient culture with that of todays modern media and technology. There are over 200 different languages spoken in India, 22 of which are considered official ones including Assamese, Bengali, Bodo, Hindi, and Nepali. English is widely spoken in the larger cities, and places where many tourists go, so you should be able to find your way around and receive assistance fairly easily. Be mindful about the body language of the people in India as well, for it can be kind of confusing for foreigners to distinguish between a yes and a no head movement.

When entering India, a Visa is required for almost all countries with very few exceptions, like Nepal. There are a few different types of Visas, you will probably get a tourist visa that lasts about six months. You will also probably be entering the country via airplane in one of these major cities: Mumbai, Bangalore or New Delhi There are many different types of travel available while in India, none of which are very reliable, or punctual. You should always allow buffer time when planning on going somewhere to make up for canceled flights, delayed trains, or other traffic. In order to pay for things such as travel in India, you should note that the official currency is the rupee, but also note that it is not really available for official exchange and it can be hard to come by. While in India, it is crucial that you learn to respect the customs of the country including which hands to eat with and which not to and what kinds of displays of public affection are acceptable. You are a guest in their country, and you should respect the ideals that they live by, even if they might seem odd or out of place for you.