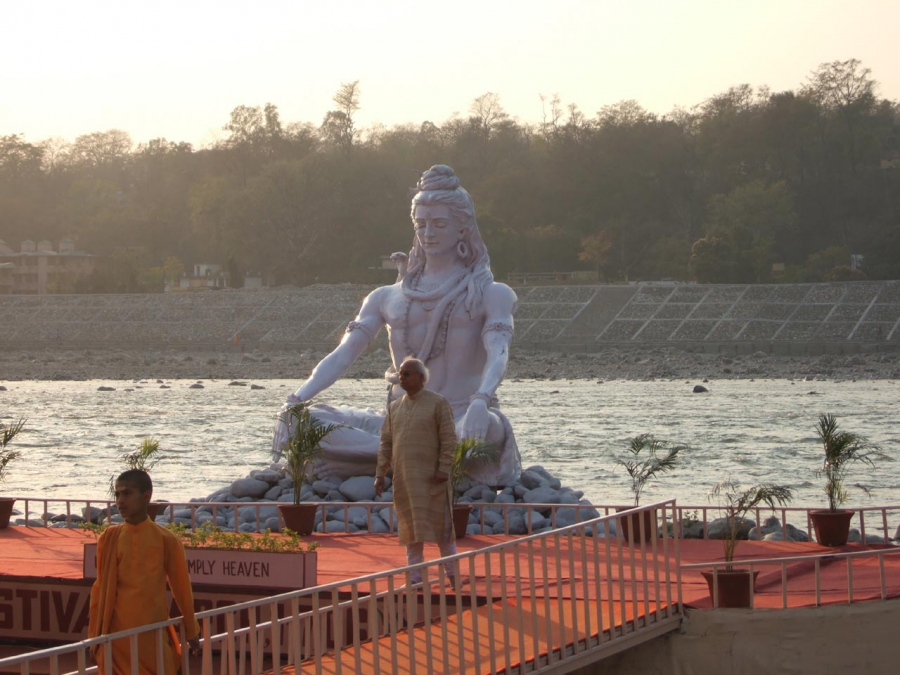 Guide
,
India
Rishikesh is a famous Hindu religious destinations, popular amongst devotees, yoga persons and adventurers as well. Located on the banks of the sacred Ganga River, Rishikesh attracts thousands of pilgrims every day from India as well as abroad. Rishikesh is the ideal destination for adventurer’s activities like rafting, trekking, rock climbing, kayaking, mountaineering etc. Rishikesh is situated 25 kms ahead of Haridwar at an elevation of 356mts above sea level. Rishikesh consists of three distinct areas known as Rishikesh, Swargashram and Muni-ki-Reti.

It is believed that when Raibhya Rishi did rigorous penances here, the God appeared to name the place as `Hrishikesh` and subsequently the place came to be known as Rishikesh. Legends state that Lord Rama did penance here for killing Ravana, the demon king of Lanka; and Lakshmana, his younger brother, crossed the river Ganges, at a point, where the present `Lakshman Jhula` bridge stands today, using a jute rope bridge. The `Kedar Khand` of Skanda Purana, also mentions the existence of Indrakund at this very point. The jute-rope bridge was replaced by iron-rope suspension bridge in 1889, and after it was washed away in the 1924 floods, it was replaced by a stronger present bridge.

There are several ancient temples and ashrams in Rishikesh which are associated with our mythological and historical background. A dip in the holy water of Ganges flowing from the river beaches of Rishikesh is capable of washing all the sins of a person.
Rishikesh Yoga and Meditation Destination

Rishikesh, sometimes nicknamed "the world capital of Yoga", has numerous yoga centres that also attract tourists. It is believed that meditation in Rishikesh brings one closer to attainment of moksha, as does a dip in the holy river that flows through it.

Some of popular yoga centres in Rishikesh are:

Rishikesh has continental climate, with pleasant weather throughout the year, as it is located at the foothills of Himalayas. Rishikesh Summers (March to June): have an average temperature of 35°C. Rishikesh Winters (November to February): give a pleasant weather with a temperature range of 19°C to 33°C. Rishikesh Monsoons: offer average rainfalls during July to September. Best Time to Visit Rishikesh: Rishikesh can be visited all through the year, may avoid the May month when the temperature reaches maximum. Rafting season is from mid September to April.

Rishikesh is also popular because it acts as the starting point for salvation trip to the "Char Dham" pilgrimage which includes Badrinath, Kedarnath, Gangotri, and Yamunotri.