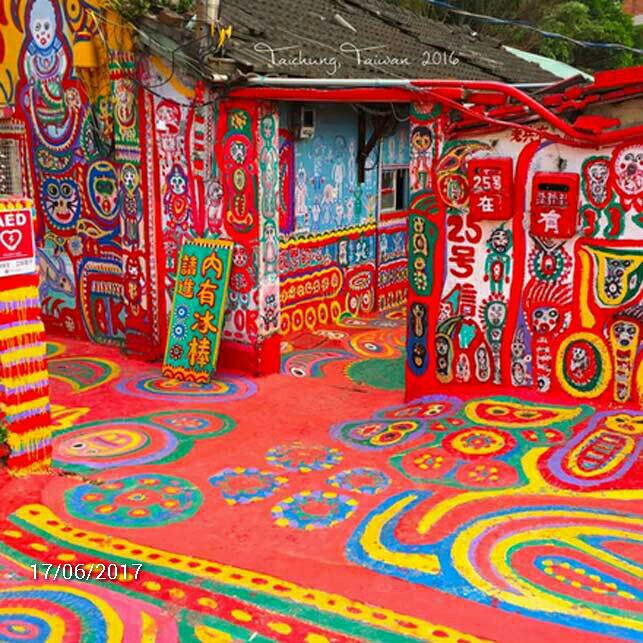 Guide
,
Indonesia
,
Jawa
Tourists flock to places for all kinds of reasons. To Paris to pose beneath the Eiffel Tower or to laze the afternoon away on an outdoor terrace over café crèmes and tarte tatin. Or to Rome to stand enrapt under the arches of the Coliseum or to gaze up at St. Peter’s impossible dome. And now to Kampung Pelangi, a tiny village in Indonesia, to marvel at its Technicolor dream motif.

Kampung Pelangi—or, the Rainbow Village of South Semarang, as it’s quickly becoming known—looks as if it has been bathed in the breath of a Lisa Frank unicorn or touched by the wand of a Fruit Stripe gum–loving wizard. For nearly every exterior surface—walls, roofs, stairways, the railings of bridges—in this town (including over 200 homes) is covered in an eye-popping array of pastel shades and primary hues. Like the mystic swirl of a Mara Hoffman print realized in physical form.

The genesis of this Instagram-worthy display wasn’t as poetic as all that, but instead was created by the local government in hopes of drawing more visitors to the town. A budget of 300 million rupiahs (about $29,000) was initially set aside for the makeover, with the goal of painting each building at least three colors. The results—which include heart-motif murals, multicolor flags, polka-dot panels, and 3-D textured reliefs—have been a resounding success, as visitors from near and far make pilgrimages to the candy-color wonderland to snap photos for Instagram. So many people have been flocking to the town that not only has the local economy improved, but the town plans to expand the beautification project to even more homes. It’s amazing what a couple coats of paint can do.