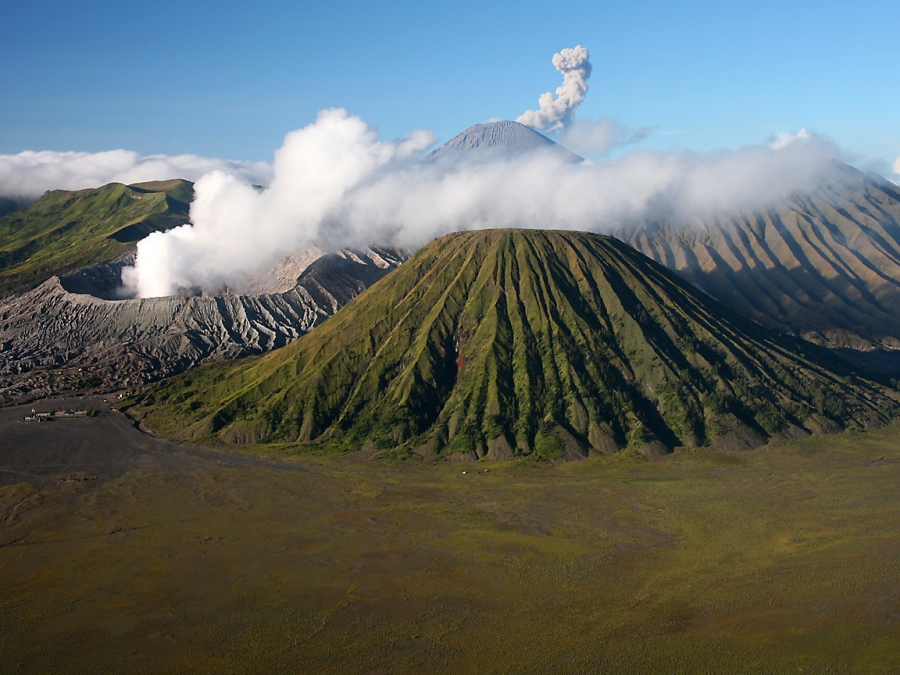 Guide
,
Indonesia
Java is Indonesia`s fifth-largest island. Its 130 million people make up 65% of Indonesia`s entire population, and makes Java the most populated island in the world. Covering an area of 127,569 sq. km (7% of Indonesia`s area) and with a population density of 940 people/sq. km, Java is the world`s most crowded major island as well.

Jakarta, the capital of Indonesia, is located on northwest region of Java. Surabaya (the second largest city in Indonesia), is located on East Java. Java acts as Indonesia`s center of cultural and economic activity.

This is a quite remarkable island geographically with no less than 121 active volcanoes. Add to that a host of major national parks and, despite its very crowded nature, the island has lots to offer the visitor who appreciates outdoor attractions.

The main ethnic group in Java is Javanese, except for the West Java region where most people are Sundanese. In the province of East Java, 22% of the population is of Madurese descent. Half of them live on the island of Madura.

Mount Bromo is one of the still active volcano, Mount Bromo in East Java Province. This place is always crowded into a tourist destination because of this mountain has a very charming natural exoticism, one of which is a vast sea of sand. Bromo has a height of 2392 meters above sea level is located in four regions, Probolinggo, Pasuruan, Lumajang, and Malang Regency. This sea of ​​sand in the mountains about ten miles square, this makes the scenery is so amazing, so many local and foreign tourists who deliberately traveling to enjoy the natural beauty of this.

History of Mount Bromo is so long, perhaps not told in a simple squiggle. But in short, a name taken from the word Bromo in sansakerta which means Brahma (one of the Hindu god), because the majority of Indonesia at the time were Hindus.

Mount Bromo is perfect for sightseeing unwind and cool the mind of the problems of the world. To be able to see the exotic sights, we have to climb to the crater of Mount Bromo. But, for those of you who are lazy and not used to walking, there is provided around a lot of jeeps and horses for hire.