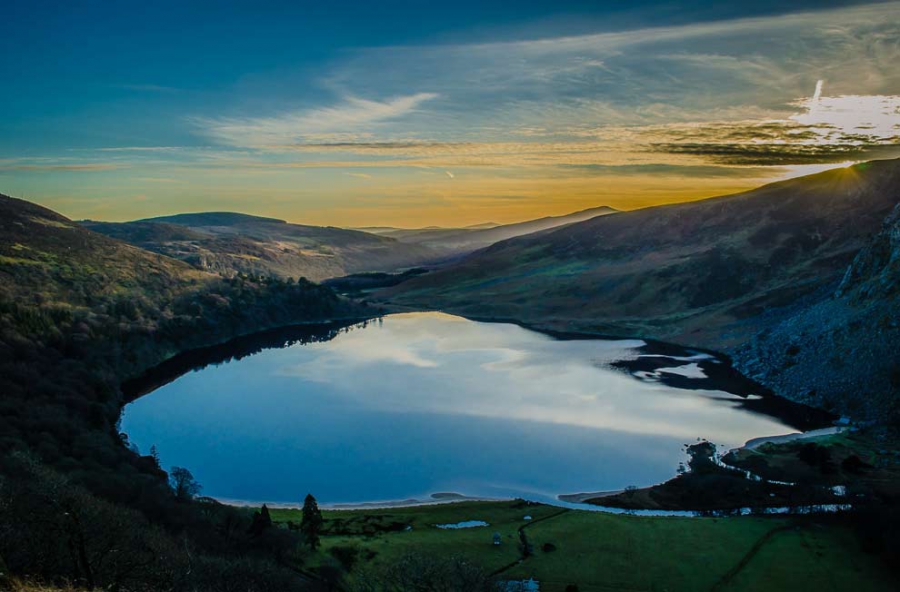 the Sally Gap got its road after the Irish rebellion of 1798. It was built by British Army forces looking to flush rebels from the hills, and to this day is known as the Military Road.

Whatever about giving the army a better view of the rebels, the Military Road certainly provides an enviable view of some of Ireland’s most filmed scenery.

Highlights of this winding, twisting feat of engineering include the Glencree valley, the dark waters of Lough Tay, Kippure Mountain and Glenmacnass Waterfall.

Two more unusual stops are Glencree’s Visitor Centre, originally built to house soldiers guarding the pass (and now a centre for Peace and Reconciliation), and the Glencree War Cemetery, a resting place for German soldiers who died in Ireland.

The drive is definitely worth it. On the road to Sally Gap, there are spectacular views of the surrounding blanket bog and the Wicklow Mountains. Sally Gap is one of two east-to-west passes across the Wicklow Mountains and the narrow road running through it passes above the dark waters of Lough Tay and Lough Dan.

This road is very exciting and sometimes very exposed and unsecured driveway in innumerable twists and turns. The R759 road is 27 km (17 mi) long and runs south-east to north-west through the Sally from the R755 near Roundwood in East Wicklow to the N81 in West Wicklow. The road is certainly breathtaking.

This road is usually open all year, but it can be closed anytime when the access is not cleared of snow. In winter it is often dangerous or impassable due to snow and ice as it is not treated by the Local Authority. The road was built after the Irish rebellion of 1798 by British Army forces looking to flush rebels from the hills.