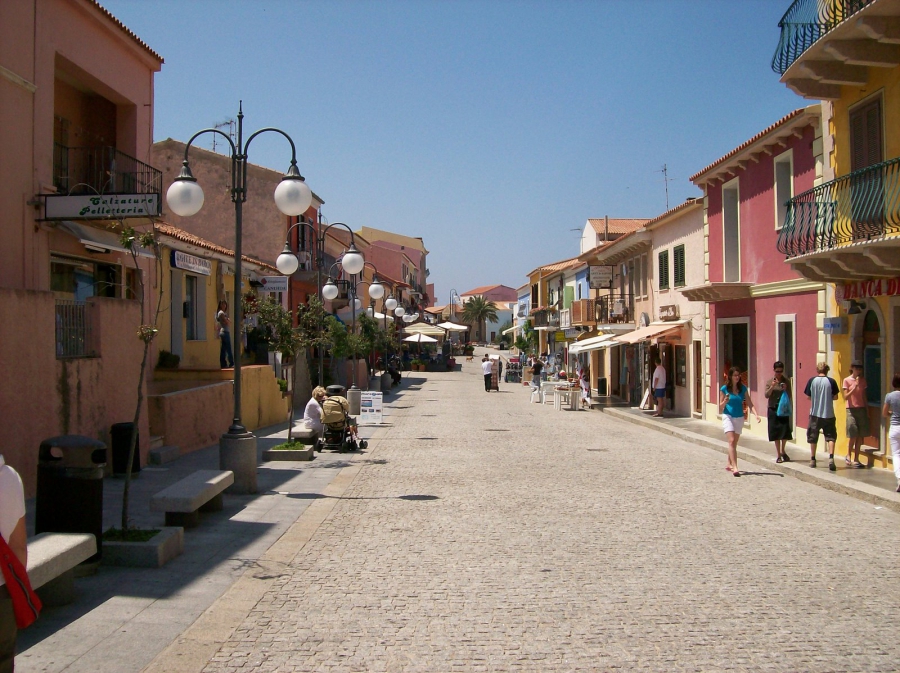 Guide
,
Italy
,
Sardegna
,
Nord
Santa Teresa di Gallura is the strip of land of Sardinia nearest to the Island of Corsica, not considering, of course, the minor islands situated to the north. Not by chance this rather charming little town is the sailing point for ferry boats to and from this French Island to which its history, up to a certain point, was tightly bound.The first human settlements in this area, known to date, are those of the Nauraghic civilization , exactly in a time lapse between the XV and the X century B.C..

The Nauraghic dominion of the Island was followed by the Phoenicians , the Punic civilization and lastly the Romans, in the most didactic of synthesis, with the latter the definite extinction of the Nauraghic Culture is complete. Up to date very few traces of the Phoenicians and Punic peoples have been found, leaving an abnormal “emptiness” their presence in other northern areas (Olbia and Alghero for example).

The important and interesting strategic position of this town did not escape the attention of the Romans however, who also had their colonies in Corsica and from which the distance was very slight. At the beginning two ports were established: They were Porto Longone and Porto Tibula – even now the real placing of the latter is still being discussed. The first grew near the present day inhabited centre of Santa Teresa; the second was to the southern side of Capo Testa where the oldest Nauraghic site of “Lu Brandali” is to be found.

Right here some granite quarries were found and still today the site is still visible. In fact, the Romans for first started to exploit this natural treasure if we do not consider the Nauraghic people, and this exploitation was abandoned with the Fall of the Roman Empire but was recovered during the era of the Judiciaries. This historical period started around the year one thousand and ended definitely when the Island was conquered by the Aragonese.

Up to that event the territory of Santa Teresa was included in the Administrative area of Montanea (or Montangia), part of the administrative division of the Kudiciary of Gallura (the other Judiciaries were Torres, Arborea and Calari).

The initial autonomy of this minute kingdom was immediately cancelled by the Pisan dominion , who together with the people from Genoa, disputed the total control of the Island.

The Mare Nostrum (Mediterranean) in those years was the centre of the world and the two major Maritime Republics, most certainly could not loose the possibility of controlling such a strategic position as was Sardinia.

The name “Gallura” derives from “Fretum Gallicum”(Gallic Strait), a medieval denomination for the Bocche di Bonifaccio, coined when Corsica still belonged to France – the ancient Gallia. The Judiciary overlooks the strait , just in the area corresponding to the territory of Santa Teresa, which, very soon, became one of the “hottest” points of the conflict.

The Pisan dominion in Gallura was interrupted by the Aragonese, and it is to these that the construction of the Longonsardo Castle is attributed during the second half of the XIV century. The remains of the stronghold are near the above mentioned tower but are covered by a dense vegetation.
The paternity of this work is also attributed to Brancaleone Doria and his famous wife Eleonora d’Arborea, who were the Judiciaries of the Kingdom of Arborea. Many historical sources indicate Longonsardo as being one of the Aragonese stronghold that never knew defeat during the tormented times of the wars between the two kingdoms. Other than its strategic position , the Gallura area during the Judiciary period presented itself as a poor and uninhabited land.

A very unhappy situation which only increased during the careless Aragonese dominion, dominion which was strongly opposed by the local population who were oppressed by the taxes levied by their feudal lords. Another reason that explains the abandonment of the coast areas is that of continuous invasions of the “Corsari Barbareschi” (the Pirates), who for centuries were the masters of the seas around the islands.
The Tower of Longonsardo belongs to this period. It is one of the largest fortification systems created by the Aragonese so as to ward off the “plague” of the Pirates.