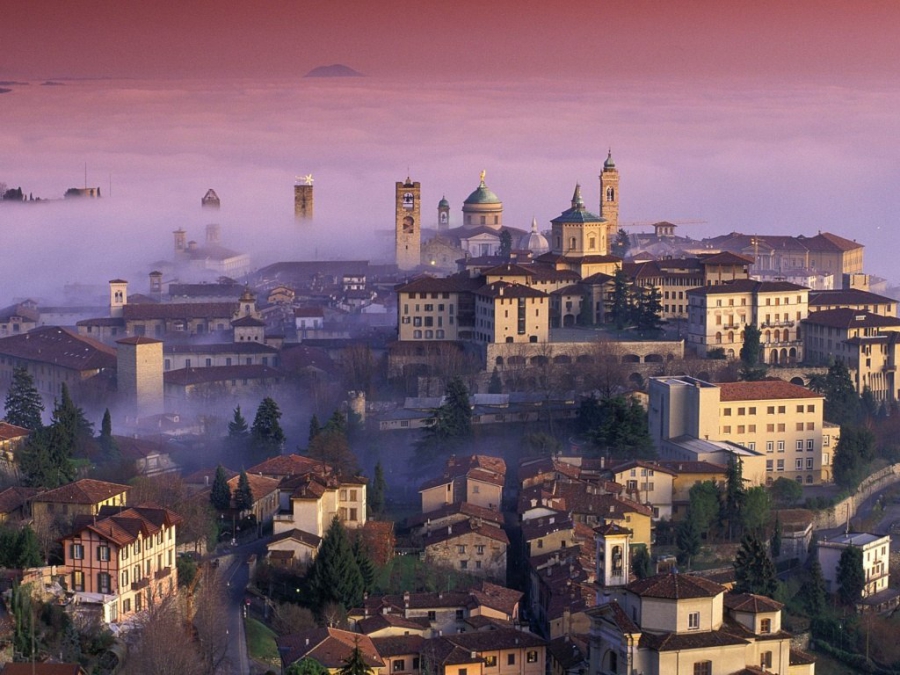 Guide
,
Italy
Bergamo is located in Lombard, Italy and is located 40 km northeast of Milan.The Celts (people from central Europe) founded Bergamo about two thousand years ago. Bergamo is separated into two parts, and these parts of the town are joined by cable cars and roadways. The upper city is very congested and during the weekends and their are several traffic restrictions. UNESCO listed Bergamo on the World Heritage List as an important historical town of Italy.

History
Bergamo upper city is enclosed with Venetian style walls, that were constructed in the 17th century. Bergamo upper city is a great tourist destination and includes several places of interest such as a Citadel (Fort) built in 14th century by Visconti and the church of Saint Maria, that was constructed in 1137 and was completed in the 15th century. The interior designs of the church were changed during 16th and 17th centuries. The San Michele church built in 12th century, contains frescos (technique used in painting) that depict the wealth of the time of 12th to 16th centuries, including many Lorenzo Lotto paintings. There is also a castle, that was began in 1331 by William, priest of John of Bohemia and that was later completed by Azzone Visconti.

Highlights of Bergamo
Bergamo is a place of many sports, but particularly football. In fact the Serie A, Atlanta football team is from Bergamo. It is also a hometown for Bergamo Lions, the American football team. Also, it is the hometown of Costantino Rocca, who was only Italian who played in the Ryder Cup (Golf).

The Bergamo was a Roman municipality during the period of 49BC, and had nearly 10,000 people at that time. The Bergamo is famous for music. The famous musicians Gaetano Donizetti, Antonio Lolli, Gianluigi Trovesi were all born in Bergamo.

Traveling to Bergamo
Traveling from Milan is the best way to reach Bergamo. It takes about a one hour drive to get fom Milan to Bergamo.Rich Text Area