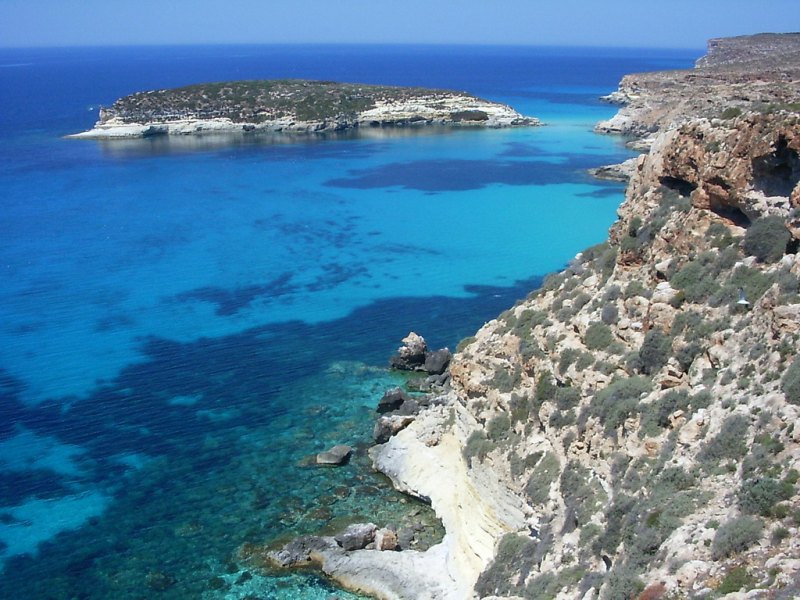 Guide
,
Italy
,
Pelagie islands
Lampedusa is Italy`s southernmost island. Geologically part of Africa, it sits about 70 miles from the Tunisian mainland and a good 125 miles from Sicily. If the island sounds familiar to you, that`s probably because it`s been in the news quite a bit recently.

In the wake of the Arab Spring, tens of thousands of migrants from Africa (first from Tunisia and Libya; later in the year from points south) set out for Lampedusa, many on rickety boats not designed to cross rough open waters. Many would-be migrants died en route, and Lampedusa has come to be associated with these tragedies in the ensuing months.

The migrant flow has had an undeniable effect on tourism on the island. Earlier this month in La Stampa, Federico Geremicca cited a 60 percent drop in tourism in 2011. Tourism on Lampedusa is confined to one very concentrated high season, the end of July through the end of August. During this period, scores of northern Italians descend upon Lampedusa to spend their school holidays in the serious heat.

Despite the concentration of high season into a single month, tourism is the major economic driver on Lampedusa. Aside from tourism, only fishing and a small crafts industry motor the economy.

Outside of its brief high season, the island is quiet. In January it`s almost silent. The concierge at my hotel, the very comfortable and inexpensive Hotel Martello (with rooms starting at €45 in low season) told me that I was the only tourist on Lampedusa.
Since 1996, a significant portion of the island has been protected as a nature reserve. The preserved part of the island, which takes up most of the southern coast of the island`s eastern half, is visually very striking--rocky, with some wooded areas and recessed sandy coves. Though the summer heat dries the island out, during the winter the island is quite lush and good for hiking.

Visitors interested in spending time in the nature reserve should make a beeline to the Riserva Naturale Orientata office at Via Emanuele 25. The hiking maps on offer are detailed and staff members are helpful.

There`s bus transportation (€.60 or 78 cents) to the more or less completely unpopulated eastern end of the island, as well. Two walks in particular are pretty great. One of these starts and finishes at Casa Teresa, a traditional farmhouse, circling along a bluff overlooking the Mediterranean. The other of these starts nearby and descends through a wooded ravine to Pulcino Cove (Cala Pulcino). The trail to Cala Pulcino passes through lush woods, over rocky scrub, and finally along a rocky beach. After the exciting hike down to the cove, the beach itself is a little underwhelming; nonetheless, the walk is absolutely worthwhile.

The island`s trump card, however, is held by the well and truly breathtaking Rabbit`s Beach (Spiaggia dei conigli, above), a recessed cove of clear, bright blues. The beach is probably the best-known spot on Lampedusa. High season images show a beach swarmed with bathers, but even on a chilly January afternoon beset by thin light, the water looks downright appealing. Next to the beach is Rabbit`s Island, a loggerhead sea turtle nesting area.

Winter is a strange time to come to Lampedusa. There are just three restaurants open around the tourist side of the port, and another two pizzerias in town. Two of the year-round restaurants are quite good. L`Angolo del Mare (Via Alessandro Volta) does very good pasta and fish, while La Rotonda sul Mare (Via della Grotte) is great for pizza. Aside from that, there`s a fantastic delicatessen (Salumeria Enoteca Portu `Ntoni, Via Roma) and a smattering of cafes for pastries and espresso. There are a few larger supermarkets as well for other picnic staples, and individual vendors sell fruits and vegetables.

Not an obvious choice for a January break, Lampedusa`s physical beauty and pleasing solitude make it an appealing destination, perhaps especially so when the tourist tally is in the single digits.