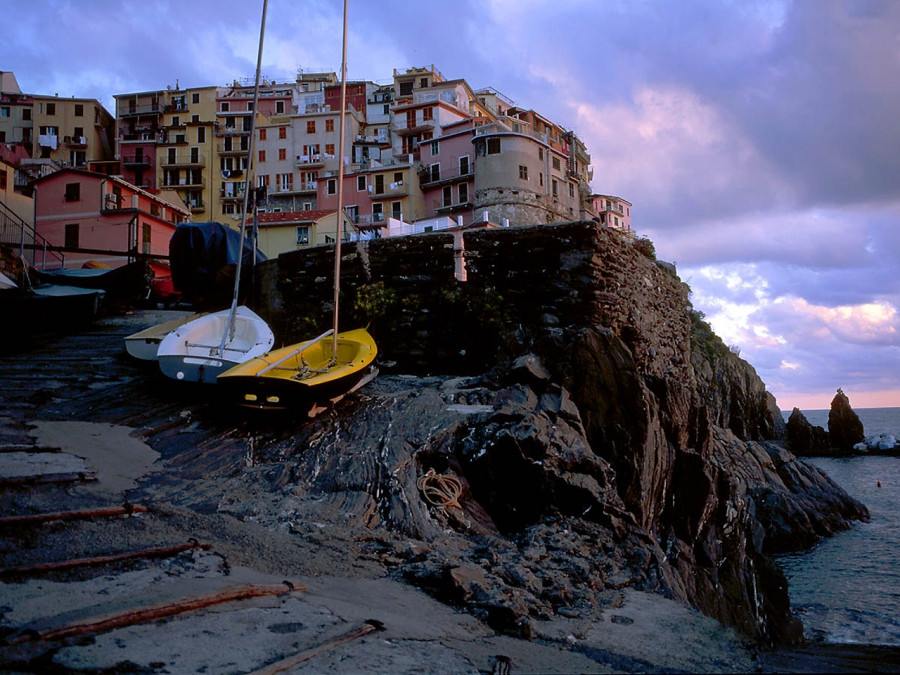 Guide
,
Italy
,
Cinque Terre
Manarola has very old origins. It was founded by the inhabitants of the probably Roman settlement of Volastra. Its name derives from the Latin "Manium arula", that means a small altar dedicated to the “Mani”, Roman gods of the house.

Manarola is characterized by tower houses defending the village. The town is located on a sharp promontory of dark rock, and it is structured around the course, now covered, of the Groppo brook. The square is situated on the higher part of the village. Here we find the 1338 parish church in Gothic style, the oratory and the bell tower. Among the houses, stands the white pyramid of cement, a sign for the sailors.

Manarola is the calmest of the Cinque Terre, later discovered by the tourists. It is possible to enjoy the nature with relaxing walks, above all the “Via dell` Amore” that leads to Riomaggiore.