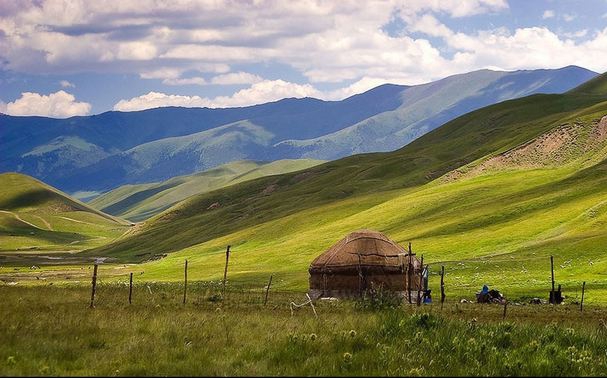 Guide
Sandwiched at the crossroads of Asia and Europe, Kazakhstan is the 9th largest country in the world, and (at one time) was the second largest republic in the former Soviet (U.S.S.R.).

The earliest peoples were a confederation of Turkic tribes, known as the Qarluqs, who had established themselves in eastern Kazakhstan in 766 AD.

Arabs conquered the land during the 8th and 9th centuries, followed by the Oghuz Turks, Kimak and Kipchak, and Huns and Saka peoples.

Mongols, led by Genghis Khan, invaded in 1219, and Kazakhstan subsequently fell under a series of Mongolian leaders. The ruling structure split into two khanates, the Nogai Horde and the Uzbek Khanate, by the early 15th century.

Russian traders and soldiers began to settle along the northwestern edge of Kazakhstan during the 17th century, and eventually seized Kazakh territory.

As the construction of Russian forts began, the nomadic tribes of Kazakhstan saw their once-vast herding landscape diminish, and consequently many Kazakhs joined the Central Asian Revolt against Germany during World War I.

As a result of the war, thousands of Kazakhs were killed, and even more fled to China and Mongolia. The remaining citizens fought against the communist takeover, but were unsuccessful.

As a part of the of Socialist Soviet Republics, Kazakhstan developed into a regional nuclear power, and hundreds of said weapons were detonated (tested) within its borders in the mid-to-late 1900s.

Amidst World War II, an increase in industrialization and mineral extraction developed, and soviet leader Nikita Khrushchev initiated the "Virgin Lands" campaign in an effort to transform pasturelands into a major economy booster for Kazakhstan.

After the collapse of the Soviet , Kazakhstan gained its independence in 1991, and subsequently negotiated a significant financial settlement with the United States for the total disarmament of its nuclear arsenal.

Almost completely surrounded by China and the Russian Federation, its abundance of natural resources (especially oil and gas) have put this relatively new country on the front burner of international investors and multilateral corporations.

The Baikonur Cosmodrome is the world`s oldest and largest working space launch facility, (under Russian control), and is located about 200 km to the east of the Aral Sea, on the north bank of the Syr Darya River.

Although a part of the Space Age, there are many significant internal problems that must be solved in Kazakhstan if it is to make any serious progress economically; important ones of note include a deteriorating infrastructure (especially in the rural areas), an isolated geographical position with no direct access to an ocean, wavering relationships with China and Russia, and its easy-to-understand political resistance to change.

Kazakhstan`s government is stable, and it seems only a matter of time before this massive land emerges aggressively onto the world`s stage.