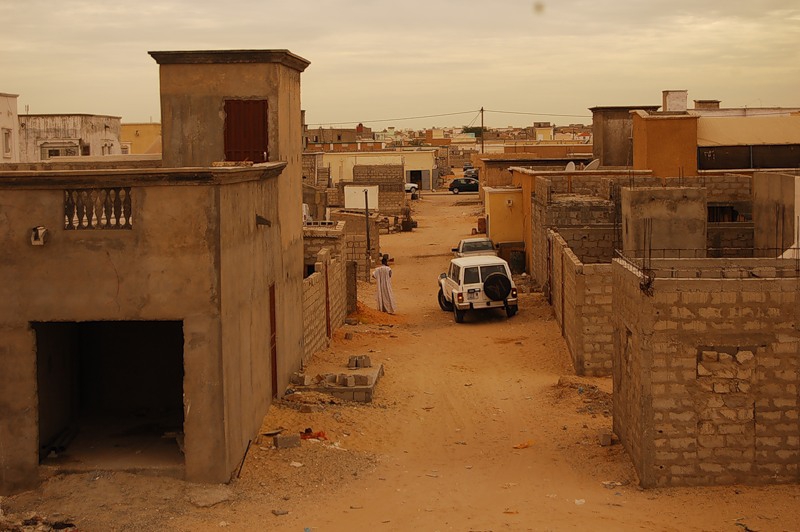 Guide
,
Mauritania
Nouakchott was constructed for 15,000, back in 1958. Now there are 600,000 people living here. This extreme growth has nothing to do with economical growth. It`s the recurring droughts in Sahara the last 10-20 years, that have forced young people, families and small communities into leaving their traditional ways of living.

Nouakchott, by far the largest city of Sahara, exhibits all the problems of Mauritania. Some people are rich, but inadequate living conditions and slum are dominating, unlike what is normal to the Muslim world. Nouakchott is one of the Arabic cities having most of social problems.
But Nouakchott has a lot of charm, and is not a dangerous place. This city, stretching for kilometres in northern direction, has a laid back atmosphere. People are very friendly, and there are almost just as many women in the streets as there are men, and there are few signs of limitations to their freedom.

When you`re here, you`ll end up walking in the streets, and go down to the endless beach. Inside Nouakchott, the city centre is active and with entertaining market activities going on, mainly in the early hours of the day. The Cinquiиme district is an even better market, where handicrafts can be seen or bought. Prices are high here, and the handicrafts, being of very good quality, are unfortunately not worth the price. Of buildings to be seen, Nouakchott is too young to offer anything of high age. The mosque donated by Saudi Arabia in the town centre, is impressive. So is the Moroccan one, further south.
Nouakchott deserves to have its sunny side exposed as well, and the Tavragh Zayna and Las Palmas areas, less than half a kilometre northwest of the town centre, indicate what the good life in Mauritania can be like. Huge and impressive villas, can be seen from a distance, behind walls and gates.

The national museum of Nouakchott offers historical and ceramic exhibitions, and should be visited for anyone who stays in Nouakchott for more than a couple of days.

Nouakchott is extremely expensive, the price level is as high as in Paris or Geneva. Expect to pay at least $30 a night for a basic hotel room. High quality goes at far above $100 a night. Food is expensive, even if this is one of the better places to eat in Mauritania. Most of the best restaurants here are international restaurants.

If you`re heading north, and to some extent also east, the best way of travelling is by air plane. This system is surprisingly well developed in Mauritania. Places served in Mauritania: Nouadhibou (daily), Ayunu l-Atrus (weekly), Atar (3 flights per week), Kaedi (weekly), Kiffa (weekly), Nema (weekly), Tidjikja (weekly), Selibaby (weekly), Zouerate (2 flights per week). Getting to the airport can be expensive, as you have to rely on taxis without fixed prices. Flights vary in price, between US$45 and US$90 one way.
Overland transport is problematic, packed cars going south, trucks and Land Rovers going north. Getting to Nouadhibou will normally take 30-50 hours. Getting to Rosso, will take 3-5 hours. Getting to Chinguetti will take 12-20 hours.

Cars can be rented, but it is at least as expensive as in Europe. Gas is difficult to get in the more remote regions, and costs around US$0,80 per litre.