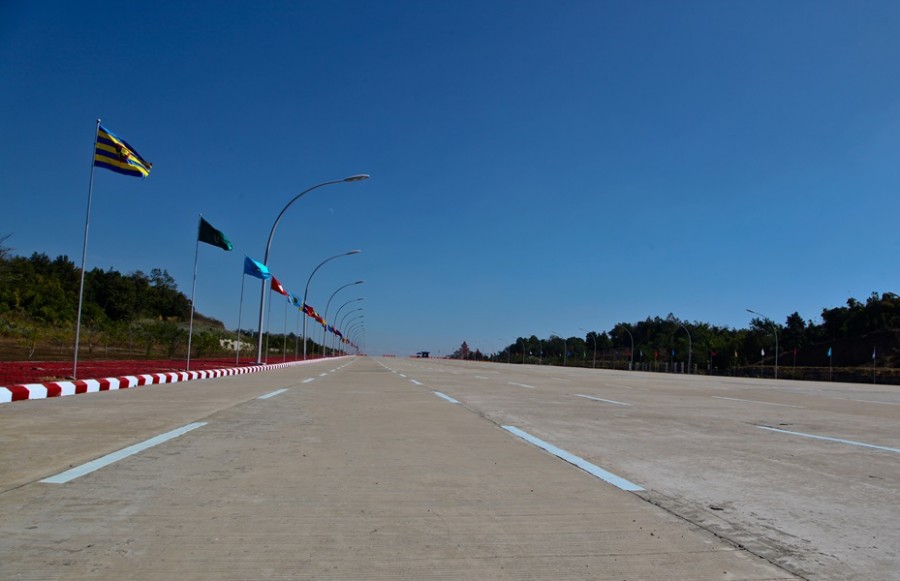 Guide
,
Myanmar
,
Mandalay Region
Eight years ago the then-rulers of Myanmar (the country formerly known as Burma) announced that the capital would be moving from its then seat in Yangon (formerly Rangoon). And not simply to another, lively, urban center, but to the newly built city of Naypyidaw, a multi-billion dollar, empty monstrosity smack in the middle of the jungle. The reported reason? Security and fortified seclusion for the paranoid military junta in power. Or perhaps astrological destiny. Government workers were reportedly given just 48 hours to make the 200-mile move.

Today the built-from-scratch city stands as a beacon of nationalistic excess in the largely impoverished country, with sprawling government buildings, eight-lane highways, golf-courses, Vegas-inspired hotels, elaborate gardens, malls, movie theaters, museums and a national zoo, which includes a “safari cage” and an air-conditioned penguin house. The decade-old city appears to have just about everything, except for one crucial component: people.

It may have 24-hour power, a rarity in the region, but the nearly 3,000 square mile capital has very few traces of human life. Devoid of the rich colonial history and bustling commercial activity of the former capital, Naypyidaw is like a city without a soul—an empty, ostentatiously adorned shell, which houses only 2 percent of the country.

The military junta claimed the move was a logical one, necessary to escape the crowding of Yangon and to be closer to the center of the country. Citizens, however, have their own theories. Many believe the move was an effort to escape the people themselves in order to lesson the threat of nationwide demonstrations, which are often held in urban centers. Another local legend has it that the migration was pure paranoia on the part of Than Shwe, the then head of the military government who was known to be deeply superstitious. An astrologer reportedly told Shwe that an attack by the Americans was imminent, and urged that he escape Yangon as quickly as possible. He took her word. Clearly, the rest of the country did not.

A lone motorbike rides down the vast 11-lane highway that runs in front of Myanmar’s parliament building. The highway is usually empty. Many of the roads in Naypyidaw are four lanes wide and contain little traffic. But the roads by the parliament and military areas are especially wide and resemble airplane runways, for what was speculated to be the military junta’s contingency escape plan in case of foreign invasion.

Two workers carry supplies out of Wunna Theikdi Indoor Stadium, in preparation for the biennial Southeast Asia (SEA) games. The games are a regional sports competition like the Olympics, which also includes sports that are unique to Southeast Asia, as well as chess. The newly built complex contains a 30,000 seat outdoor stadium, an indoor stadium, training fields, with a six-lane road leading up to them.

Like a number of other hotels in Naypyidaw’s hotel district, the facade of the Sky Palace Hotel stays brightly lit throughout the night, in the outline of traditional Burmese architecture. Almost all of Naypyidaw’s hotels are located in the “Hotel Zone,” which looks somewhat like the Vegas strip, only abandoned.

Bungalo style rooms behind the Mingalar Thiri hotel have been finished, while the main structure of the 218-room hotel is still under construction. There are a number of new hotels being built now, in anticipation of the influx of guests for the SEA games. Mingalar Thiri is being built by the TZTM construction company, which is owned by U Thet Lin, a close associate of the formerly ruling military junta. Most other hotels in Naypyidaw are built and owned by people with ties to the junta.

An empty stretch of highway in Naypyidaw. While Myanmar has not conducted an official census since 1983, the government claims that over 900,000 people live in Naypyidaw, which would make it the third largest city in Myanmar. Obviously this is a gross exaggeration.

Saw Tay Lai, 20, prepares to jump into the lake at Naypyidaw Fountain Park in order to fix a water fountain. The lake, which is located behind Naypyidaw City Hall, is heavily stocked with fish, which you can pay 100 Kyat (10 cents) to feed with pieces of white bread.

Young men in Naypyidaw’s residential neighborhood of Thabyegon play the Southeast Asian game of caneball. The volleyball-like sport is played with opposing teams of three who can hit the ball with anything but their hands. In the late afternoon it is common to see young men playing the traditional Myanmar version, called chinlone, in which the ball is juggled in a circle with no opposing teams.

The Water Fountain Park is one of the main outdoor attractions in Naypyidaw, along with the Zoological Garden (the largest zoo in Myanmar) and National Herbal Garden. The park is popular with the occasional family or couple, especially in the evening, when the main fountain area is lit up with changing colored lights. Signs along the lake walkway ask couples to keep with Myanmar tradition by behaving modestly in public.

As recently as five years ago, only the wealthy elite of Myanmar could afford cell phones, primarily because of the exorbitant price of SIM cards. In the past few years,as SIM card prices dropped from over $1,000 USD to roughly $150 USD for a GSM SIM, mobile phones and even smart phones have become increasingly prevalent among the public. However, the telecommunications infrastructure is still poorly developed, and calls are often dropped or unable to connect.

Motorbikes are a primary source of transportation and form of taxi in Napyidaw, unlike in Yangon, where they are banned.

A man sits with his friend in the Flight Cafe, located next to the Sky Palace Hotel in Naypyidaw’s Hotel zone. The cafe was built in 2010, out of a decommissioned F28 passenger jet. The hotels in Naypyidaw are extravagantly large and opulent.