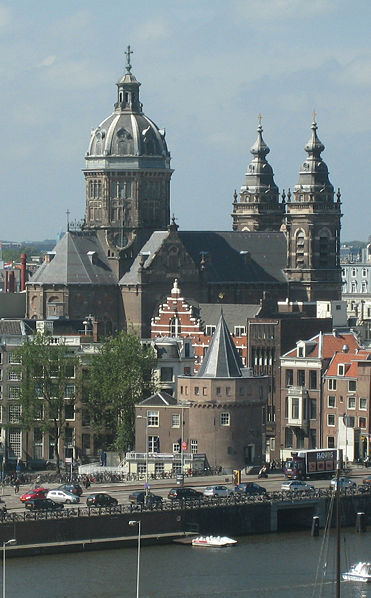 Guide
,
Netherlands
Amsterdam is often referred to as the ‘Venice of the North’. With its romantic canals, breathtaking architecture, famous museums, and fancy cafes, the likeness is not dissimilar. Also a haven for the connoisseur of liqueur, and a shopper’s delight, this city seems to have it all.

Founded in the 12th century, Amsterdam rose from being a small fishing village to the capital of Netherlands, and also its largest city. It boasts of a glorious past, especially in the Dutch Golden Age, when it was one of the most important ports in the world. It retains the title of being one of Europe’s financial hubs from back in the 17th century, when it was called ‘Northern Europe’s marketplace’. Today, the city is home to seven of world’s top 500 companies. As a tourist destination, Amsterdam is an interesting patchwork of history, culture, food and entertainment, making it a veritable dream for many visitors. No wonder then that the city plays host to over 4.2 million tourists annually.

If you are a history buff, museums would be a great way to start your tour of Amsterdam. The most important museums in this city are located at het Museumplein or the Museum Square. Built in the 19th century, this square houses the famous Rijksmuseum. It is the national museum of Netherlands. It was actually founded in The Hague in the year 1800, but was moved to Amsterdam in 1808 at the behest of King Louis Bonaparte. The Rijksmuseum is said to have the largest collection of paintings from the Dutch Golden Age, including the world-renowned The Night Watch by Rembrandt as well as a good collection of Asian art. Currently, due to renovations and expansion, tourists are allowed to only one section of the museum. Rijksmuseum will be fully open to the public in the year 2012 or 2013.

Amsterdam was home to Van Gogh for a brief period of time. A museum has been made in the city in then great painter’s honor. Called the Van Gogh Museum, it is the most frequented museums of all in the city of Amsterdam. It houses some of the most famous works of the painter including works such as the Aardappeleters (The Potato Eaters) or the Zonnenbloemen. The Rembrandt’s house, the place where the painter lived and worked, is located in Amsterdam. It has been restored to its former state for the tourists to visit. The city also boasts of the Anne Frank House – the wartime hiding place of the famous Jewish girl, who wrote a diary called, The Diary of Anne Frank recounting the wartime horrors of the Second World War.

Tourists can even take a canal trip from the Damrak. These trips last about 90 minutes and give you a glimpse of the city from its waters. Amsterdam is a laid-back city, where shops and offices open only around 10 in the morning. If you want a taste of the relaxed pace of life in this city, the best way to do it is to walk around, take the tram, or hire a bike. While walking or cycling, if you come across a hofje, do stop and take a look. Hofjes are tiny courtyards hidden in between houses. The Begijnhof is the largest, and the most well-known of them all. The Begijnhof will lead you to an English church, dating back to 1400 AD and to the old house of Amsterdam. Built in 1475, this house is one of the few wooden houses left in the city today. Those of you who love flora and fauna, a visit to the Artis Zoo and Hortus Horticultural Garden respectively is a must.

In case you want to sample the Dutch cuisine, there are plenty of hotels and cafes where you can order authentic Dutch food. For those with an international palate, all kinds of cuisines ranging from the Oriental to Italian can be found in the city. While you are in Amsterdam, it is a good idea to try their liquors. Beer-lovers can order a red or white beer, called Hoegaarden and Dentegems respectively. In fact, they can even visit the Heineken Brewery in Amsterdam. A brewery-turned-museum, visitors are treated to free beers here! You should also give the gin and brandy a try here, as the Dutch invented both the drinks. Apart from that, there are numerous cafes where you can sip of Dutch coffee.

It is said that the Dutch people need an excuse to celebrate. So while planning a trip to Amsterdam, make sure it coincides with one of the numerous festivals that grace the social calendar of this city. The Queen’s Day, observed on April 30 every year is one such occasion. You will find the whole of Amsterdam, out on the street partying. The celebrations go on for full 24 hours. You can visit the city in June when the residents celebrate Holland Festival – a four-week-long cultural festival. Also interesting is the Gay Pride Parade, held in the month of August.

When you are bidding adieu to the city, don’t forget to pick up the scrumptious Dutch chocolates from the city. They are one of a kind. 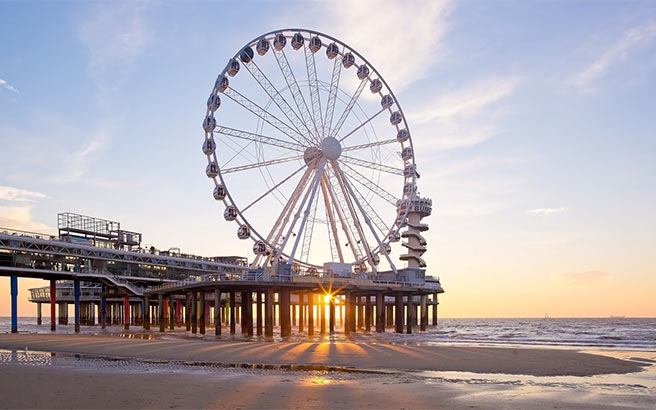