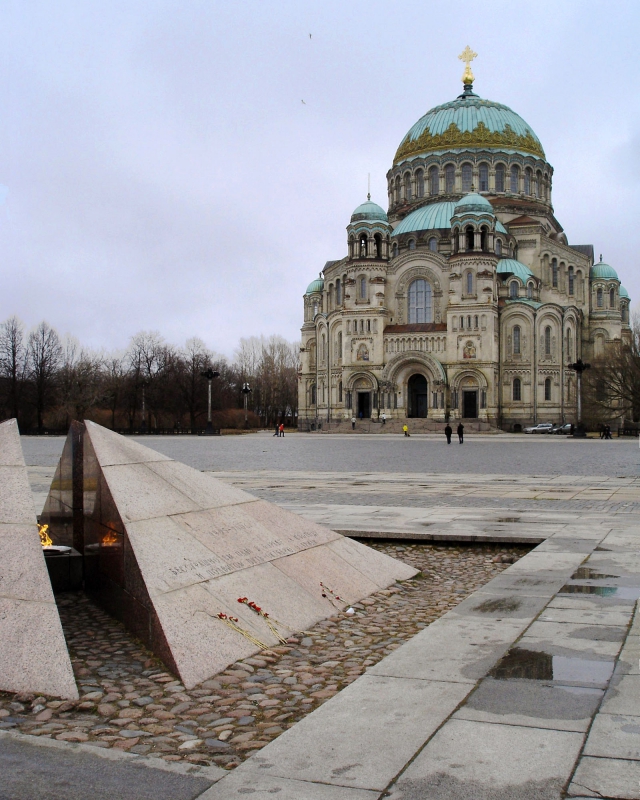 Guide
,
Russia
,
Saint-Petersburg and Region
For a place that was closed to outsiders just a decade ago, this island is remarkably accessible today, and is perhaps the easiest day trip outside St. Petersburg. The island was first mentioned as a 12th-century rest stop for Viking expeditions to Greece, later became a fortress buttressing Peter the Great`s new capital from attack, and later still became a key Cold War naval outpost. Today it`s open for tourist business but still appears to be casting about for its modern role. Head here to wander the carefully planned harbor, the immaculate boulevards, the neo-Byzantine Naval Cathedral, and the naval history museum -- or simply to gaze at the restless Baltic Sea around you.

Kronshtadt is one of the few side trips manageable without a group or a tour guide. If you prefer a tour, check with your hotel; most places can arrange an individual or group tour. You can also try travel agencies such as Davranov Travel (17 Italianskaya Ulitsa; tel. 812/571-8694; www.davranovtravel.ru) and Frigate Tours (tel. 812/331-3333; www.frigate-tour.com).

The most appropriate way to travel to a naval outpost is, of course, by boat. From May to October, ferries head here several times a day from the piers behind the Hermitage Museum and from in front of Kunstkamera Museum on the other side of the Neva River. The ride takes about 1 hour and costs about 200 rubles.

You can also take a bus. Russian vendors hawk group bus trips at the corner of Nevsky Prospekt and Griboyedov Canal for about 500 rubles round-trip (the ride takes about an hr.). Or take minibus no. K-405 from metro station Chernaya Rechka, for about a 40-minute ride that costs just 45 rubles. Access to the fortress costs 300 rubles for adults, 100 rubles for students and children 8 and over (tel. 812/236-4713).

Once you arrive, it couldn`t hurt to buy a map from a newspaper kiosk. They`re not always available, but the island is too small for you to get lost. The map helps you focus on specific spots and saves you time wandering through the bleaker neighborhoods of Soviet apartment blocks.

The chief sights are the Naval Cathedral, which houses a good naval history museum, and the harbor. Much of the architecture and port infrastructure dates from Peter the Great`s time, when he ordered a base built on Kotlin Island for Russia`s fledgling navy, to block enemies from approaching his new capital. After victory over Sweden in the decisive Battle of Poltava in 1709, Peter launched large-scale construction of the island, and the first harbor and adjacent warehouses appeared. Some chronicles suggest Peter originally wanted to put the new capital on the island, but he never went further than building one of his many palaces here. It later burned down, but the palace of his chief adviser Alexander Menshikov still stands -- it`s an impressive Italian-designed mansion on the southern shore. The town itself is clearly planned, in the style of St. Petersburg, with broad, straight avenues and large squares. The harbor still feels more like a utilitarian military base than a romantic island boardwalk, but it`s worth a wander nonetheless, if only to see the aging warships and port infrastructure.

The broad, etched dome of the Naval Cathedral dominates the skyline and looms over otherwise empty Yakornaya Ploshchad (Anchor Sq.). The anchor is incorporated into the cathedral`s door carving, and pops up around town in grillwork, signage, and restaurant decor. Built in 1902 in a pseudo-Byzantine style, the cathedral is covered with intricate carvings and seems out of place in this otherwise rational, reserved city. The church`s interiors have largely been turned over to the Kronshtadt Museum of Naval History, which is worth a visit if you have an English-speaking guide; otherwise, it may prove frustrating since most exhibits are in Russian only. The museum is packed with models of ships, weaponry through the centuries, seascapes by Russian artists, and unusual items such as antisubmarine netting. While it recounts the history of the island, the museum is rather awkward in its handling of the bloody mutiny that most Russians have come to associate with the name Kronshtadt. When the island`s entire battalion staged an uprising against repressive Bolshevik leaders in 1921, the Soviet government responded swiftly and fiercely, massacring almost the whole battalion. The city remained a closed naval base for the rest of the Soviet era, and was opened only in 1996. The museum (tel. 812/236-4713) is open Wednesday to Sunday from 11am to 5pm.

Kronshtadt has no bustling beach boardwalk, but it has several mediocre restaurants within walking distance of the cathedral, museum, or harbor. None is particularly outstanding or particularly risky, though few have English-language menus. This is starting to change, and any place with a menu in English will be more expensive and probably offer somewhat better food and service. One pleasant spot for lunch is Stary Gorod (Old Town), 7 Ulitsa Grazhdanskaya (tel. 812/236-2238), offering Russian and European standards such as borscht and baked salmon in a simple, homey setting. Seafood dishes are in the majority, though the ion is not as broad as you`d expect for an island town. The "business lunch" is just 160 rubles. Decent Russian beer is on tap.