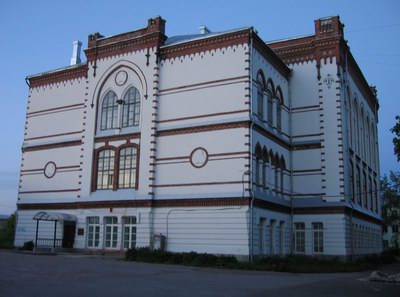 Guide
,
Russia
Sortavala is a small city on the northern shore of Europe`s largest lake, Ladoga, in the Republic of Karelia, Russia. The city was founded by the Swedish in 1643 on an idyllic location on the shore of the Vakkolahti bay. The surrounding coastal area with its islands is known for its magnificent natural scenery and unique flora and fauna. The famous Valamo monastery can be found mere 40 kilometers south of Sortavala.

The history of Sortavala is divided into two distinct phases by the Second World War: The Finnish pre-war Sortavala and the Soviet/Russian post-war Sortavala. The Moscow Armistice of 1944 between Finland, Soviet and United Kingdom established the new Finno-Soviet border, which assigned Karelia and with it Sortavala to Soviet . City`s Finnish inhabitants were evacuated across the new border to Finland and new inhabitants from Soviet were settled in Sortavala.

Virtual Sortavala presents the unique history and cultural heritage of Sortavala. Through it you can learn about key buildings and locations of the Finnish Golden Age of Sortavala (1880-1939) and familiarize yourself with the unique history and cultural heritage of both pre- and post-war Sortavala. The basis for Virtual Sortavala is a scale model of the city found in the North Karelian Museum. The model was built and designed by architectural firm Anna-Maija & Martti I. Jaatinen.