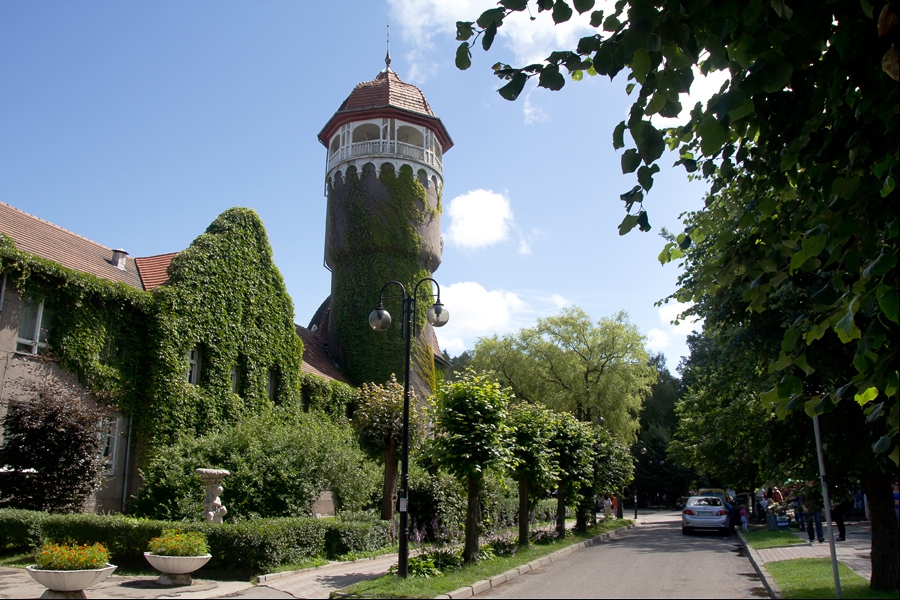 Guide
,
Russia
Svetlogorsk (until 1947, Raushen), a city under oblast jurisdiction in Kaliningrad Oblast, RSFSR. Railroad station 38 km northwest of Kaliningrad. Situated on a high (40–60 m) bluff overlooking the Baltic Sea, Svetlogorsk is a seaside climatic health resort with a good sandy beach. Summers are moderately warm, with an average July temperature of 17°C, and winters are mild, with an average January temperature of - 3°C. Therapeutic remedies include climatotherapy and peat pelotherapy. Disorders of the circulatory and nervous systems and nontuberculous disorders of the respiratory system are treated in Svetlogorsk. The health resort has sanatoriums and water- and mud-treatment facilities.

Svetlogorsk a city (until 1961, the urban-type settlement of Shatilki) under oblast jurisdiction; administrative center of Svetlogorsk Raion, Gomel’ Oblast, Byelorussian SSR. Located on the Berezina River. Railroad station (Svetlogorsk-na-Berezine) on the Zhlobin-Kalinkovichi line. Population, 55,000 (1975). The Vasilevichi State Regional Electric Power Plant is located in Svetlogorsk. The city has plants for the production of synthetic fibers and reinforced-concrete structural members and products, a creamery, a bakery, a pulp and cardboard combine, and a housing-construction combine with a plant for the production of precast reinforced concrete. There is an industrial technicum in Svetlogorsk.