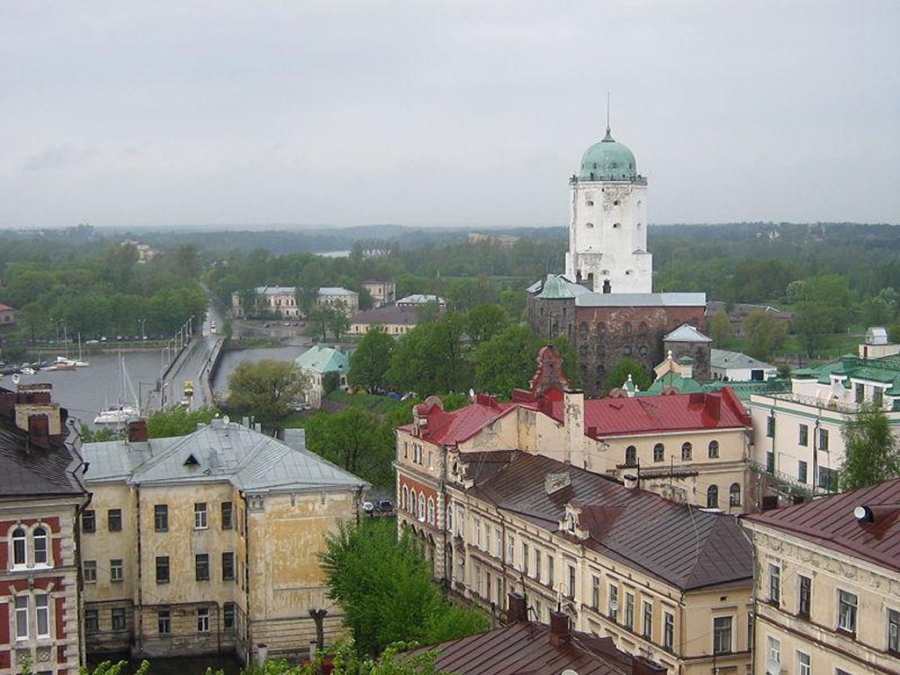 Guide
,
Russia
,
Saint-Petersburg and Region
For a journey into an entirely different era and mind-set from St. Petersburg and the imperial estates on its outskirts, head to Vyborg. This 13th-century, cobblestoned city near the Finnish border has less glamour but more depth than Peter the Great`s capital. Vyborg`s architecture reflects its history, which tossed it back and forth among Swedes, Russians, Finns, and Karelians native to the region. The couple of hours it takes to get there can be thought of as journeying into Scandinavia for a day; then the trip doesn`t seem so long at all. The distance is a good reminder of how close to the edge of his empire Peter the Great based his new capital.

Organized tours to Vyborg are rarer than those to Peterhof or Pavlovsk, but a hotel concierge or tour guide can help you find one. Vyborg is on the main highway between St. Petersburg and Finland, which can get clogged on Russian holiday weekends and on which traffic slows down considerably during the blustery winter months. A summer weekday is an ideal time to go if you`re in a car or on a tour bus. Trains also run three times a day from St. Petersburg`s Finlandsky Vokzal Station; the trip takes 2 hours one way.

For a provincial city, Vyborg is unusually international, with menus in several languages and service staff usually eager to speak English. That`s largely because of its proximity to Finland, and its popularity among Finnish tourists who come to buy cheap vodka, beer, and cigarettes. Russian vendors may speak to you in Finnish before they try English. If you`re traveling on your own, buy a map at a newspaper kiosk; the city can be unwieldy if you don`t know where you`re going.

The city inhabits a peninsula and several small islands on the northeast Baltic coast. The area was initially a trade settlement of Karelians, an ethnic group native to a region in what is now eastern Finland and northwest Russia. The Swedes came along and founded a city here in 1293 to use as a base for raids into neighboring Russia. Peter the Great conquered the city in 1710 during his 40-year war with Sweden. A century later, in 1811, it went to the Grand Duchy of Finland under Russian sovereignty. The city and surrounding region were part of the fledgling, independent nation of Finland from 1917 to 1940, and Vyborg (called Viipuri in Finnish) was Finland`s second-largest city. The Winter War between Finland and the Soviet left Vyborg again in Russian hands, where it has remained since. Karelians remained the primary inhabitants until World War II, when many were evacuated to western Finland or forced out by Soviet troops.

Vyborg Castle, on a rocky island in the center of town, was the Swedes` first major project here, built in the 1290s. The stone castle saw many additions in subsequent centuries, and now houses a small museum whose exhibits include archaeological finds from the area and some curious items confiscated by 20th-century border guards. The island itself is an almost mystical outpost that lends itself easily to imagining what it looked like 700 years ago. The castle hosts St. Petersburg`s White Nights events such as jazz or classical music concerts. The castle (tel. 813/782-1515) is open Tuesday through Sunday from 10am to 5pm.

Be sure to wander through the Old Vyborg district, which boasts architecture from the 14th to 17th centuries that is markedly more Scandinavian in style than the Russian palaces that later popped up around town. Catholic and Protestant churches are more plentiful than Orthodox ones. Market Square (Rynochnaya Ploshchad) includes the only remaining tower of the 16th-century fortress wall built by the Swedes; the market itself dates from 1905 and shows hints of the Russian obsession with Art Nouveau. The Central Library, designed by Alvar Aalto in the 1930s, is a highlight of Finnish design during this fruitful architectural period. The architectural and nature reserve at Monrepos Park is well worth a stroll or picnic if the weather is fine. The romantic landscaping of the island park includes gardens and sculptures favored by the aristocracy and architects of Peter the Great`s day. Progonnaya Ulitsa (Driving St.), once used for driving sheep and cows to pasture, now boasts several unusual buildings as it stretches toward the Gulf of Finland.

Cheap restaurants and beer halls abound in Vyborg, largely aimed at Finnish students and bargain hunters who come for the day or weekend. Two better-than-average places to eat are Kruglaya Bashnya and Atlantik. Kruglaya Bashnya (Round Tower), located in a former watchtower next to the castle (tel. 813/782-3648), describes itself as a bistro with fusion cuisine, which means its primarily Russian menu includes international standards such as chicken curry. It`s open around the clock for those taking night trains to or from Finland, and the atmosphere is friendly and lively. Near the castle, Atlantik, 9 Ulitsa Podgornaya (tel. 813/782-7883), is in a drab stone building that conceals a cozy, wood-dominated interior. It offers mostly Russian standards with an emphasis on Baltic Sea fish -- fresh, smoked, or pickled. The restaurant fills up with groups on weekends.