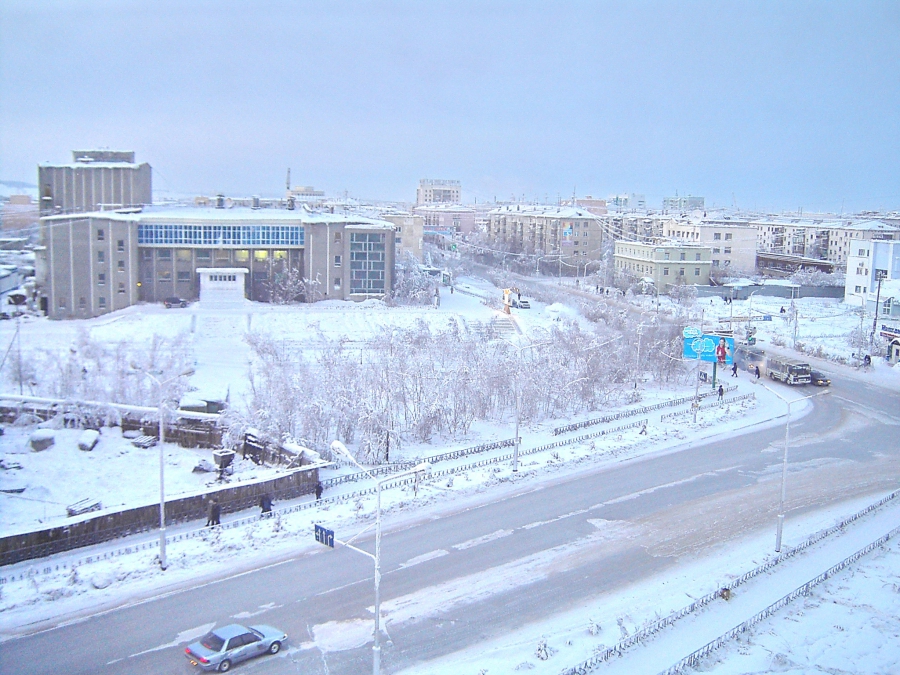 Guide
,
Russia
Yakutsk, the capital of Sakha and, perhaps unsurprisingly, the coldest city in the world.
More than 210,000 people live there, despite a constant state of permafrost, and temperatures in the winter which average about -40C.

The city still manages to run, however. It is served by two airports and is home to a university and several schools, theatres and museums. Residents reportedly leave their vehicles running all day and warn visitors against wearing glasses outside, as they will freeze to a person`s face.

Yakutsk sits on the western bank of the Lena River, but winters can be so severe that even the river can freeze sufficiently thick to allow traffic to drive straight across to the other side. Over in the Western hemisphere, extreme cold is also a perennial feature of many towns and cities. In the United States, International Falls in Minnesota, and Fraser, Colorado, with average mean temperatures around 0 to 2C, have for years vied for the title of Icebox of the Nation. The battle was only resolved in the courts, with the accolade being awarded to International Falls.

Of the two places, International Falls has recorded the lowest temperature, of -40C in 1967. Not one for decrying the cold, the city celebrates its wintry fame, with an annual four-day Icebox Days festival, which includes events such as frozen turkey bowling, snow sculpting and candlelit skiing.

Tourism is the city`s second most profitable industry, a side-product of freezing conditions not lost on other places which live year-round in the grip of the cold (such as in the Swedish village of Jukkasjarvi, which boasts the world`s largest ice hotel).