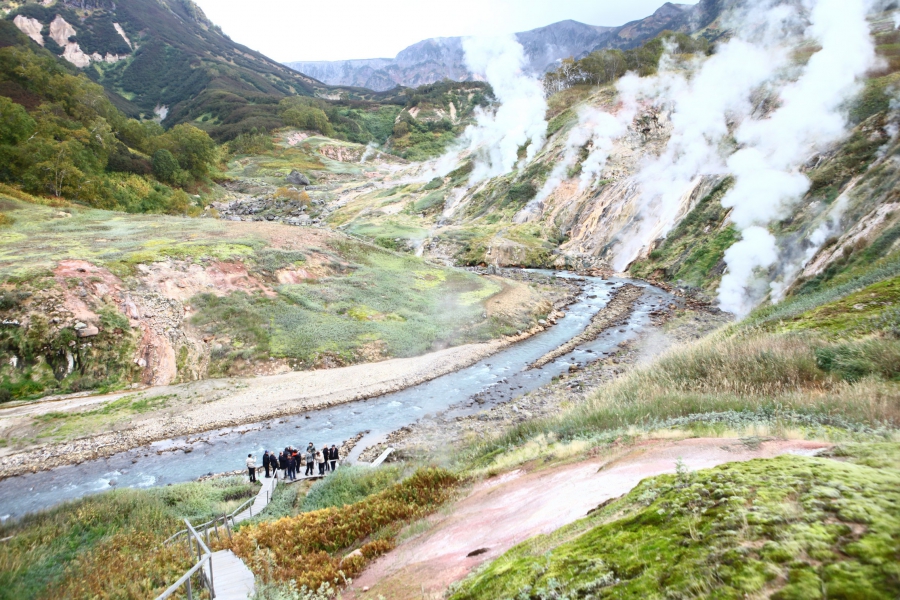 Guide
,
Russia
Kamchatka... This wonderful land was discovered by Russian Cossacks over 3 hundred years ago. Even today, however, Russians know very little about it, to say nothing about tne rest of the world where most people have hardly heard of Kamchatka. And not surprisingly.

In the old times the way to Kamchatka took more than a year and very few devotees dared to make the way to the world`s edge with the only purpose to tell others about it.

One of the first Kamchatka`s explorers was Stepan Krasheninnikov who wrote the unique "The Description of the Land of Kamchatka".

This century the airplanes have made Kamchatka closer to Europe and America though not more available. The mysterious peninsula get into the list of those regions that used to be called "closed" in the USSR. Up to 1990 not a single foreigner could step onto the Kamchatka land and even Russians needed a special permission to get there.

However, those who desired to see the fairy world of Kamchatka with their own eyes broke through all the obstacles. Expeditions with geologists and volcano explorers, autonomous routes - Kamchatka seemed to be re-discovered: black beaches of the ocean line, smoking volcanoes, blue mountain ranges painted with white enamel of snowy peaks. The bears` paths led to the heart of wonderland:

Kamchatka rarely looks like its photographs. This is not due to the fact that a snap is not more than a snap. Like any other Wonderland, Kamchatka is always changing: it is different every new moment. The more you visit it the more mysterious it gets, the more you speak about it, the more it is difficult to find words to describe it.

Kamchatka allures you forever. People come there for a year or two, or three to stay till their old age. Why so? There is no simple explanation. There are probably spots in the world where time flows differently: a month lived in Kamchatka is sometimes egual to a whole life period that one would desire to recall!

From now on Kamchatka is open to everyone: a tourist, a scientist or a businessman. Everyone has an opportunity to experience the magic power of its charm. And let the people visiting Kamchatka find what they seek - if only their hearts would be free of greed and their minds of bad will. Then this wonderful world where vivacious rivers and mortal volcanoes, perpetual snows and hot springs, taiga and tundra, a wild animal and a human being in peaceful co-existence, may be conservated safely.