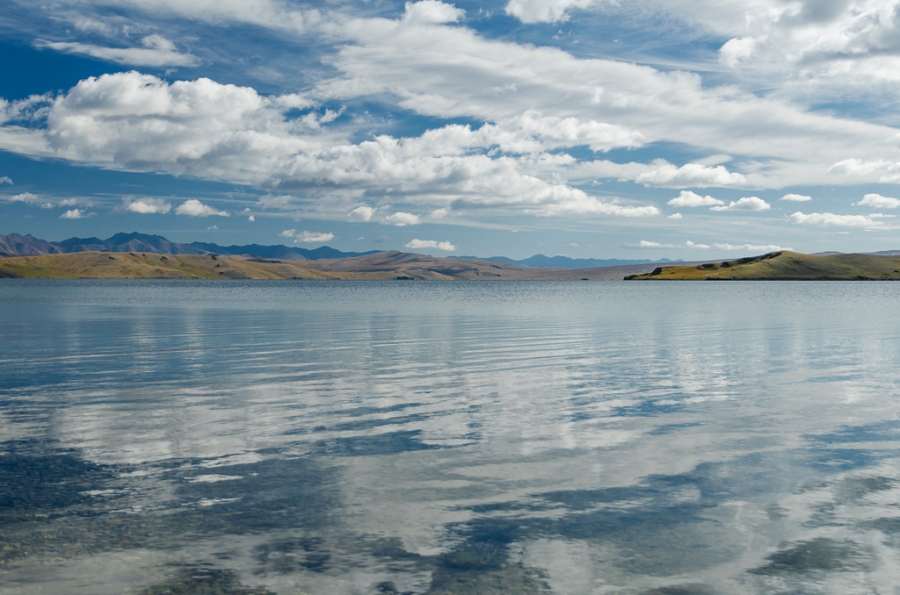 Guide
,
Russia
An ancient country of nomads - Tuva lies in the geographical centre of Asia where the great river Yenisei starts its way and there is one of the biggest watersheds in the world - mountain edges of Tannu-Ola and Sengilen.

This country, situated on the border of south-siberian forests and central-asian deserts, is notable for its flora and fauna. On the same small territory one can see a reindeer and a snow leopard, on one hand, and a small "kangaroo" -jerboa, on the other hand. An eagle, a symbol of fortitude and courage, is soaring (an "eagle dance" is performed by "hooresh wrestles"- is local wrestling) over vast steppe, and a mew-gull moans over blue lakes. Deep in the mountains one can see rare yaks and a colorful carpet of flowers in Alpine meadows. The descendants of ancient nomads preserved the unique musical art of "hoomey" (throat singing) which has five types -from overtone to lowertone ("kar-gyraa"). Richard Feynman, a well-known Nobel laureat, dreamed about visiting this country. His dream didn`t come true but his friend RalfLeiton, a geographer and a writer, visited Tuva many times and wrote a book "Tuva or Bust" published in America. It`s not only a story about Tuva, but the book about a dream of a great American scientist.

The Republic of Tuva is the youngest in the Russian Federation. It joined the RF only in 1944. The population of the republic which has 170500 square km. is a little over 300000 people. Tuva cannot boast of high industrial expansion mainly due to high mountains -West and East Sayans. The economy of the republic lost much, but the nature gained a lot. Tuva is one of a few regions of the former USSR more or less ecologically clean. The nature of the republic is unique due to the eternal ecological equilibrium representing almost all climatic zones of the Nothern Hemisphere - from Alpine tundra to hot desert. That`s why the republic has a variety of springs and lakes, which are long used by local people for medicinal purposes.

Mineral springs are called "arjaans" in the Tuvian language. The word "arjaan" known also to Mongols, Buryats, Kirghizs dates back to Sanskrit language and means "holy" or "healing water". Traditionally the cult of "arjaan" in the life of people was of great importance as it was closely connected with physical and mental health of both an individual and the whole tribe. As a rule "arjaans" were discovered by lamas, shamans or "sophisticated people" (nowadays we can call them extrasensitive people) which sanctified the springs and gave recommendations against which diseases they could be used. Arjaans were worshiped and cherished. Every year each nomad camp ("aal" or "arban") had aijaan fiesta: the sanctification of a spring, a ritual of taking care of arjaan, "invitation` of aijaan. The latter is a special ritual of pouring water into bowls brought by people in need. It was the beginning of the "arjaan season" which is described in a legend as follows:

More ...
"Invitation of arjaan " fiesta was one of the greatest festive occasions accompanied by outdoor fete, horse-race and "hoore-sh". It took place in mid-summer when according to popular belief the arjaan was ripe and had a strong healing power. At the sunset the people of a nomad camp gathered on a clearing at Kara-Dag ("Black Mountain") near the holy spring coming from under the earth. Delicious slices of meat and other tasty things were put on black stones and the fire was struck. It was a gift to the spirit of arjaan which took in shamans` vision the form of a person. Each arjaan had its own spirit - man or woman. The people present kneeled praying and swaying and praising the spirit of arjaan begging for the cure of their relatives, their clan and themselves. Then they tied pink and blue ribbons ("chalamaas`) to trees and bushes which grew near the spring. After that the girl who was generally recognized as the most diligent and a hard working poured water into silver dipper and gave it to all people present. One could use any kind of pots but each family tried to have a silver hand-made kettle for this occasion. (A. Lamajaa "Amazing Meetings").

An old traditional belief of the local people in the medicinal qualities of arjaans remains till nowadays. Every year from mid-July till end of August (the time of arjaan`s "maturing") thousands of people enjoy their holidays and undergo aijaan treatment mainly like non-official holiday-makers. This way holiday making is popular not only with Tuvians but with people of Buiyatia, Altai, Khakassia and some other regions of East Siberia, Far East and Mongolia. But still it`s more typical of Tuva due to stable traditions smaller scope of urbanization, ecologically clean environment, mainly clean water and springs. The course of treatment is quite primitive and takes usually from 7 to 9 days (sometimes 14 and 21 days) and includes drinking, garling, taking shower and bath. All aijaans of Tuva can be divided into two groups: mineral springs and fresh (insipid) springs.

The first group comprises springs whose chemical composition meets the state standards for medicinal mineral waters of the former USSR and the present standards of the Russian Federation. According to the definition, medicinal mineral waters are waters of different level of mineralization which contain biologically active chemical components in quantities equal or exceeding the balneological standards. If the spring lacks such biologically active chemical components or the quantity is no less than 1 g./l. They are called "medicinal mineral waters without specific components and qualities". In this case the medicinal factor is attributed to iono-salt composition of the spring. The hydromin-eral resources of Tuva comprise also salt and mud lakes which are also used by local people for taking mud-and water cure.

Nowadays there are 50 hydromineral resources registered in Tuva, including 37 mineral springs and 13 mud and salt lakes. Due to the fact that small Tuva has different climatic zones there are almost all types of mineral waters: carbonic and nitric (with hydrogen sulfide) hot springs, carbonic and hydro-sulfide cold springs, salt and acidulous waters, radonic, arcenic, chalybeate, bromine iodic waters. The variety is from ultrafresh springs (although they contain balneologically active components) to strong pickles.

Thus, Tuva is rich with natural medicinal waters, salt and mud lakes, mineral and fresh arjaans. They were destined by Nature to play an important role in the life of local people. Their medical use is mainly based on intuition and life experience. This calls for control over the ecological and medico-bacteriological balance of natural water resources. Many arjaans, salt and mud lakes are unique and have specific climatic conditions. They are situated in the picturesque regions of Tuva. To be preserved the arjaans must acquire the status of a protected by the State territory with the industrial development restricted. It is a particularly essential issue nowadays when the market economy gives impetus to business activity.