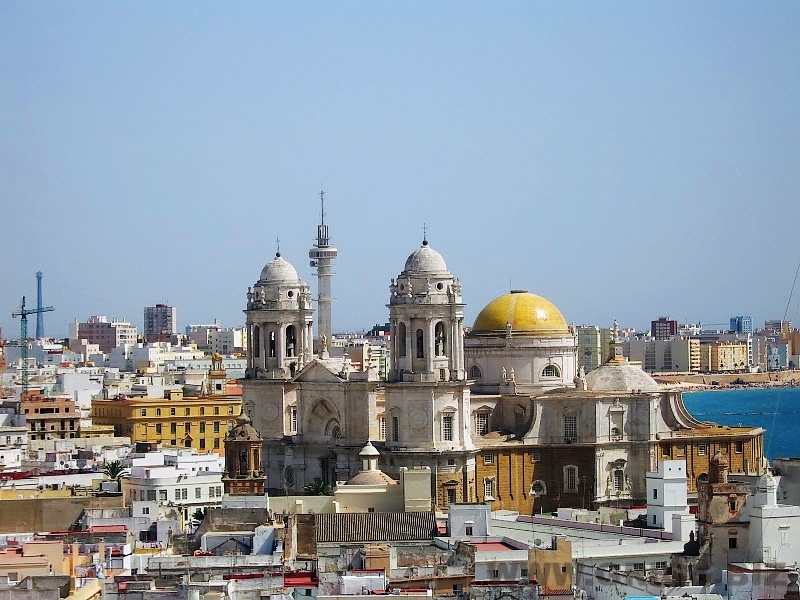 Guide
,
Spain
Cadiz is the capital of the Cadiz Province in the Andalucia region of Spain. Cadiz, Spain beats to the rhythm of the waves along its shores. This “Little Silver Cup” has a lot going for it – a humorous, fun-loving people, dazzling beaches, museums, music, plus a whole lot more.

Cadiz exudes a certain mystic – attractive, fascinating and almost magical. This city is deemed the oldest city in Europe. Established some 3,000 years ago, it stands on a peninsula that juts into the Bay of Cadiz, on the southern tip of Spain. This port city is almost entirely surrounded by water. Hence, the Phoenicians called it “Gadir”, meaning “enclosure”. It is connected to the mainland only by a thin strip of land.

It is thus no wonder that this city beats to the rhythm of the waves along its shores. With its promenades, seaport alleys and a zesty yet easy-going approach to life, it is a city with a distinctively marine flavor. This is a place where music, laughter and chatter constantly fills the sea air.

The city’s high and thick walls, gardens and towers provide a picturesque view as seen from the sea. Its honeycomb of narrow cobble-stoned streets, alleys and squares shows it to be a typical Andalusian city. There are highly fascinating historical and cultural monuments - churches, towers, museums - all close to the blue waters of the Bay of Cadiz.

Cadiz (pronounced as “Cah-deeth”) played host to a wide variety of civilizations and cultures – the Phoenicians, the Romans, the Visigoths, the Moors, and of course, the Spaniards. It even once became the capital of occupied Spain when French troops invaded the area. All these contributed to what Cadiz City is today.

Cadiz offers a highly interesting mixture of history, culture, architecture and landscape. The Historical Quarter is particularly beautiful, with an old world charm. The different barrios (Spanish quarters) play a strong part in giving the Historical Quarter its distinctive personality and flavor. There is the El Populo district, which is originally an old medieval village, La Viña, a fishing district, and the Santa Maria quarter – which is where you will find flamenco singing at its best.

When exploring the Historical Quarter, be sure not to miss the Baroque Cathedral- a majestic structure with an impressive golden dome. There are museums with impressive art and archeological collections, such as the the Municipal History Museum, the Fine Arts Museum and the Archeological Museum. There are also churches, beaches and parks for you to explore.

The quaint and pretty plazas are perfect places to sit and relax, while sipping a nice hot cup of coffee. The squares have their own distinct style, such as the San Juan de Dios, the España, Mina, Consituction and Mentidero. These streets and plazas are lined by trees, said to be brought back by Columbus. All in all, Cadiz is a perfect place to meander along and discover the treasures it has to offer.

Cross the Puerta Tierra, the gateway of the remains of the city hall, and you enter into a more modern atmosphere. While the Old Quarter is formed by plazas and narrow streets, the newer area of the city has high rises and wider avenues.

Gaditanos, as the locals are called, are fun-loving. They love to party – and how! The Cadiz Carnival is probably one of the most exciting and colorful events in the region. People in bright costumes flock the streets. Singing, dancing and general revelry can be found everywhere.

Cadiz, Spain is a thoroughly enchanting city; even during these modern times, it has still managed to retain its sense of history, character and authenticity. Come to Cadiz, Spain and get to know this historic city, its sights, its sounds and its people.