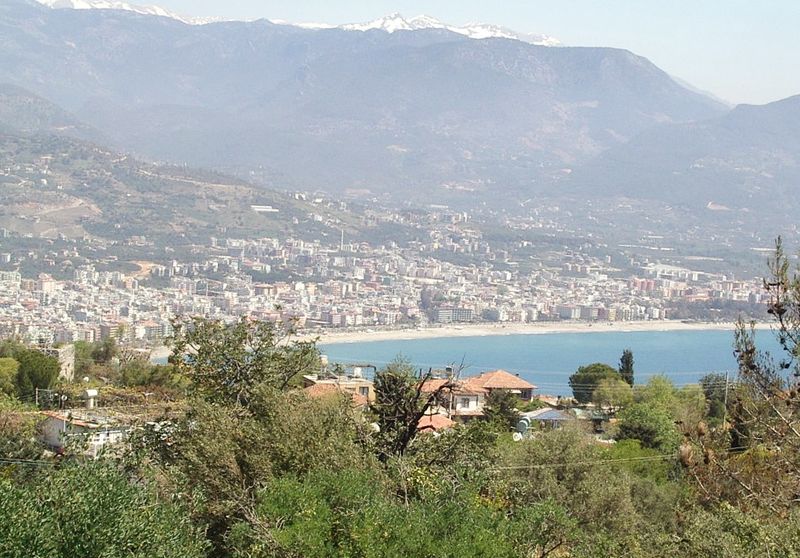 Guide
,
Turkey
Alanya is a resort city in the southwest area of Turkey. It is much like Side. It is formerly named Alaiye. Alanya in Greek is Korakesion meaning “point/ protruding city.” It is located between the Mediterranean Sea and Taurus Mountains. Its weather is moderate Mediterranean, it has long summers and winters are usually rainy. It was a seaside resort some 800 years ago used by the Seljuk Turks. Today it continues to be so. It is also famous for its fascinating fortress district.

Often people come to Alanya by plane from Antalia airport then ride a bus going to the city itself. Its beaches are one of the finest and longest ones in Turkey. Getting around the city is by bus that regularly travels along the main road. Going to specific places is by taxi, car, or by foot.

The Alanya Fortress is located on a hilltop. It’s the surviving Seljuk Architecture in Turkey. It is surrounded by a 4-mile long wall consisting of 140 towers. The highest point of the structure is 250 meters above sea level. The castle that exists today is made in the 13th century but its foundations date back to the Hellenistic periods. The fortress houses old buildings, baths, Byzantine churches, houses, and around 400 cisterns.

The Kizil Kule or the Red Tower is a famous monument in Alanya. Its octagonal shape became the city’s symbol. It is another Seljuk structure that has five floors. Its lower ground is used for exhibitions.
Another point of interest in Alanya is the Damlatas Cave. Besides being a natural formation to explore, this cave is known for being a curative site. Because of its dank atmosphere of 90% humidity, it is said to be beneficial for people with respiratory ailments. A couple of stalagmites and stalactites can be seen within the cave. It is easily accessible from the city and is located at the western foot of the Alanya Fortress.

For a more leisure trip, lounging and swimming around the beaches are the most favoured choices. Fine dining and other restaurants are available within the city. And for those who love to stay out late, there are bars and pubs to hang out all night.