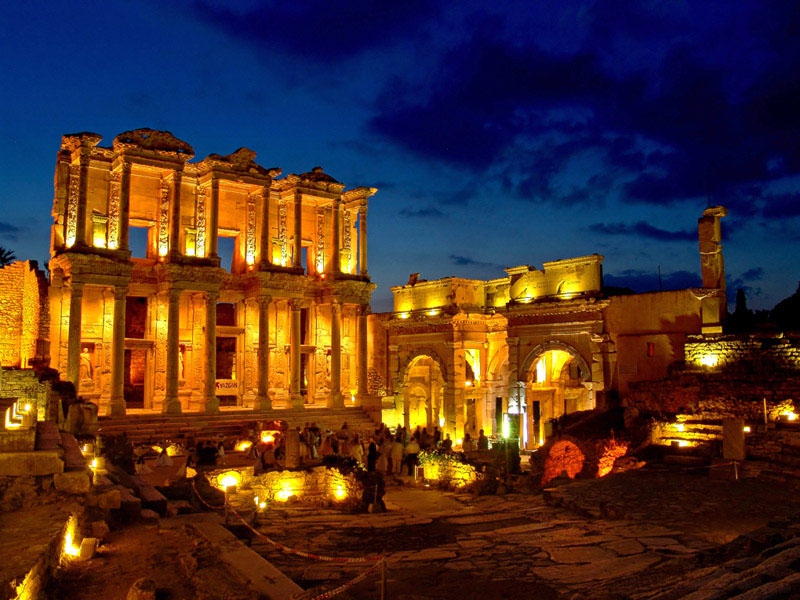 Guide
,
Turkey
The best preserved classical city in the Mediterranean, where you can get the feeling of ancient life the best, is Ephesus. Although ancient writes claim that the name of Ephesus derives from an Amazon Queen’s name,the archaeological finds reveals that The Carians and Lelegians, the native peoples of Anatolia, had settled here long before the Ionians’ arrival. Ephesus was first established in 6000 B.C and grew up around the Temple of Artemis. The Ephesians started to move to the new city built by Lysimachus in the 3rd century B.C.

The following is the list of the various ruins of Ephesus as they appear from the upper gate, which leads to the House of Virgin Mary, to the lower gate. We can`t call this a tour of Ephesus; we`ll walk like an Ephesian and stop by the state agora to get passport stamped, listen to what the mayor says in the Odeon, lit our torch from Prytaneion and pay our tributes to Artemis, have a bath, see our friends living in the Terrace Houses, read Homer in Celsus library and listen to St. Paul`s sermon in the Great Theater.