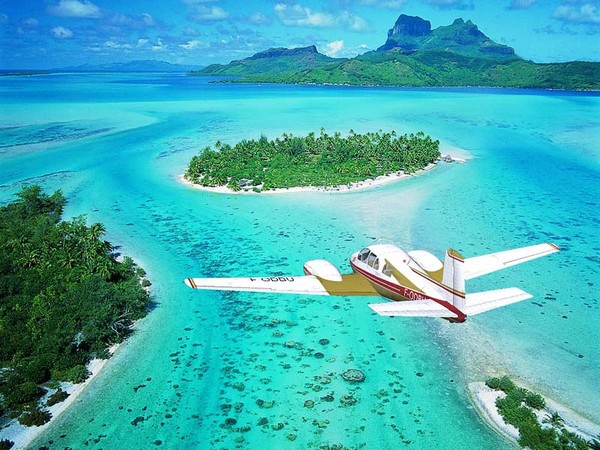 Guide
uvalu, pronounced "too-VAH-loo", is an independent constitutional monarchy in the southwest Pacific Ocean between latitudes 5 degrees and 11 degrees south and longitudes 176 degrees and 180 degrees east. Formerly known as the Ellice Islands, they separated from the Gilbert Islands after a referendum in 1975, and achieved independence from Great Britain on October 1, 1978. The population of 11,636 (est 2005) live on Tuvalu`s nine atolls, which have a total land area of 10 square miles, or 27 square kilometres. This ranks Tuvalu as the fourth smallest country in the world, in terms of land area.

The country name roughly translates to "8 standing together". This refers to the eight traditional islands of Tuvalu. The nine islands, from north to south, are:

The ninth island, tiny Niulakita, was inhabited only since the 1950`s, and was not part of "ancient" Tuvalu. It is now inhabited by natives of Niutao.

Funafuti, pronounced "foo-NAH-footi", is the capital of Tuvalu. Most administration offices are all located in Vaiaku Village on Fogafale (formerly spelled Fongafale) Islet, Funafuti atoll.

st-churchPeople: Ethnic Tuvaluans are Polynesian, and account for 94% of the population. However, the majority of the 600 natives on Nui are of Gilbertese (Micronesian) origin. Most Tuvaluans are members of the Christian Church of Tuvalu (Ekalesia Kelisiano o Tuvalu), autonomous since 1968 and derived from the Congregationalist foundation of the London Missionary Society. Life, especially on outer islands, revolves around religion.