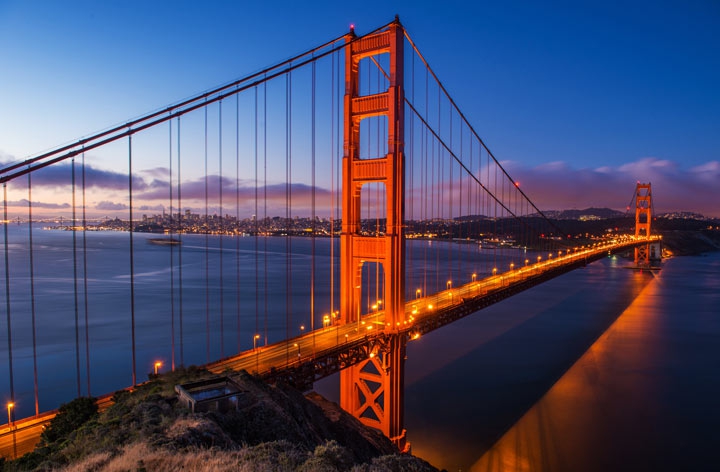 Guide
The United States, often referred to as “USA”, “the US”, “the States” or ”America”, has been a melting pot of cultures since around the 17th century. It has the third largest population in the world, just after China and India and is about the same size a China. Its land area includes both naturally beautiful, sparsely populated and open landscape, and huge, heavily populated cities and urban centers with suburbs. America, being a county made up of immigrants, has no one distinct culture, but rather has a combination of many and the cultural experience you receive depends largely on which part of the country you visit. Common elements of American culture include individualism, popular culture (Hollywood films, music like country, jazz, rock n roll and pop), sports, especially baseball “the American pastime”, technology, corn on the cob and fast food.

Understand that America is not as it appears in movies or television and that it is large, complex, and remarkably diverse. It can be very time consuming to travel here and also very expensive, which is why most people chose to focus their visits to one or two main areas. Most of the world, with the exception of 35 specified countries, including Mexico and Canada, must apply and pay for a visa to enter the US. The general cost of a visa is 131 USD (United Sates Dollar, the country’s currency), but depending on where you are from you may need to pay an extra fee that can range anywhere from 7-200 USD. Most people enter the US by plane and are generally flown to one of the few international airports in the country which are usually located on the coasts. Upon arriving, tourists will notice that almost all Americans speak English with a standard accent that is portrayed in movies and TV and that most Americans admire foreign accents and will try and help any tourist who needs help. Tourists should note that if their accent is especially thick, they may to repeat themselves to be understood. After arriving, obtaining their luggage and passing through customs, many tourists need to find the way they are going to travel around in the country. If they have a driver’s license in their country, they can generally rent a car, but in many large cities, it may be more convenient to use the other modes of transportation, such as taxi, buses, trains, trolleys, or subways. Whichever way they decide to travel while visiting the US, they are sure to find a cultural experience that they could not find anywhere but in America.