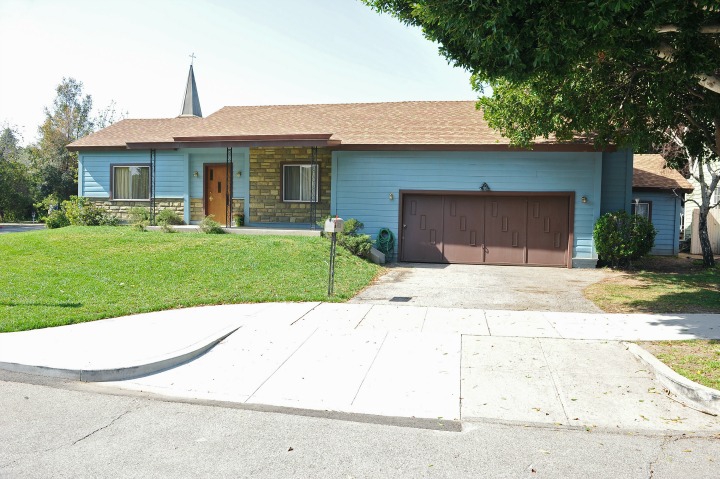 Guide
,
USA
,
Indiana
Orson, Indiana, is a small fictional town in the TV series The Middle. The town`s motto, "Orson, Why not?" The show focuses on two parents and their three quirky children living in the fictitious town of Orson, Ind., based on the real town of Jasper, Ind., far from the glitz and glamour of the Hollywood area, where the show is shot. Orson is the town the Hecks family all live in - its downtown high school appears in many episodes. It is said to be a small town. Many parts of the town have been shown and is probably small, but big enough to have shopping. It also has a dollar store and mutiple parks, and possibly has a drive-in movie theatre as shown in one of the episodes. It is known for being the home to the world`s largest polyurethane cow.

GeekDad.com blogger Matt Blum took a tour of the set and said: "It was really easy to believe that a family actually lived there."

Series creators Eileen Heisler and DeAnn Heline would be gratified to hear you say that because they put a lot of work into making the show look authentic.

"It`s really funny that now [Orson] feels like a real place, like it has traditions," Heisler told RTV6, ABC`s Indianapolis, Indiana, affiliate. "It has schools and mascots, but we just made it up."

Heisler and Heline wanted "The Middle" to be set in Jasper, but they didn`t want the legal hassles of using the name of a real Indiana city.

The show`s fictional town of Orson, Indiana, is based on the real Indiana town of Jasper, which is just a few hours away from Heline`s hometown of Muncie.

It`s all a trick, though: "The Middle" is actually filmed on a studio lot in Los Angeles.

On the tour, he was able to talk to set director Julie Fanton, who said that she does a lot of her shopping for the show at Target and Kohl`s, stores that a lot of families are familiar with, in order to boost the authenticity.

It seems her work has paid off. AVClub.com reviewer Brandon Nowalk called the show "basically a traditional family sitcom, albeit the decade`s standout," and credited that success to the show`s production design. "Does any sitcom set on television feel as lived-in as the Heck house?"

Though they are now living in L.A. to make the show, the show`s two creators are both from the Midwest and bring as much of that background as they can into the production.

"It`s a love letter to the Midwest," said Heline.

Real location of the Orson town

Meanwhile, the show lovers don`t believe that Orson city is a fictional city. Using the tips in the movie, they try to find the real location of the town of Orson

I think it`s located somewhere between Indianapolis and Richmond in Central Eastern Indiana.
1) in a Thanksgiving episode, Frankie laments not being able to shop with her Mom on Black Friday. She says that every year she meets her Mom halfway in Decatur.
2) In the Brown Country episode, the family leaves Frankie home alone for a well deserved day to herself. I can`t image the family driving more than an hour to an hour and a half to go anywhere.
3) In the Superbowl episode, Frankie is sent as an attendant at a Satellite site in Orson, again, I don`t think that satellite site would be more than an hour away.
4) When Axl is offered a football scholarship at fictional Eastern Indiana University, the family is happy that the college is located so nearby. Based on location of the major universities in Indiana, the only place you could locate Eastern Indiana U, would be directly east between Indy and Richmond.
5) When Sue`s boyfriend moves to Zionsville, they mention that would keep a long distance affair and could visit occasionally, once more, I can`t imagine they being more that a hour apart. Zionsville is located just north of Indy about an hour from the Indy/Richmond area. These are just a few examples. What do you think?
6)Episode 4 of season 1 of The Middle entitled "The Trip," shows a map of Orson being in between Indy and Bloomington FWIW.
7)In the "camping" episode, Ron Swanson show a map of pawnee county, in the middle is a lake.. The shape of the lake matches potaka lake, which is 20 miles from jasper..