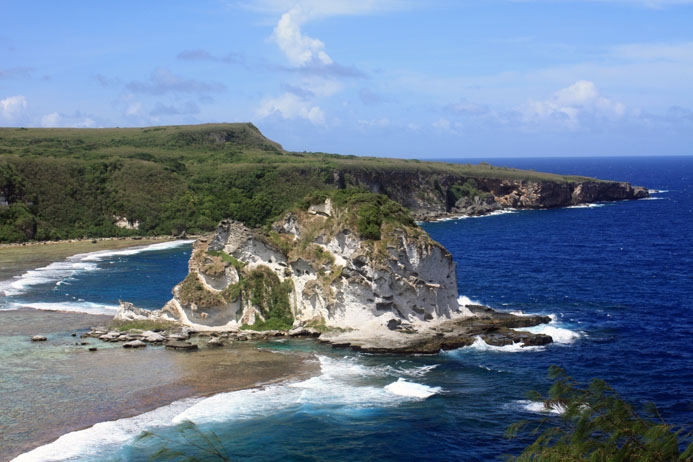 Guide
,
USA
,
Mariana Islands
Saipan is the largest of the Northern Mariana Islands and the capital. About 12.5 miles long and 5.5 miles wide, Saipan is the principal island and major commercial center of the archipelago. Formed by a rising coral reef, this tropical paradise offers beautiful white sand beaches with crystal clear water and ocean-riding, fresh, clean air. Visitors to Saipan will find a well-balanced mixture of beautiful nature with modern amenities, nightlife, and shopping venues.

The island`s turquoise lagoon hides wrecks and remnants of the Pacific War and is a snorkeler’s and scuba diver’s paradise found. Towering cliffs and a pristine jungle lures hikers with caves still filled with the detritus of a war now remembered by ceremonies held at inspiring peace memorials built by many nations. The CNMI Museum of History and Culture is a good starting point for first time visitors to grasp the expanse of this island`s history through pre-history and the administrative eras of Spain, Germany, Japan and the United States. With its visitors center and memorials, the American Memorial Park offers a strategic and personal look at the island`s World War II history. Other worthwhile and exciting attractions are a sightsetting tour of the northern Marpi region. Don`t miss a stop the ‘Last Command Post’ of the Japanese Imperial Army or Suicide Cliff where thousands tragically leapt to their deaths. Visit the old Japanese Jail where aviatrix Amelia Earhart was thought to be held captive.

Alongside all of Saipan’s amazing history and prehistory going back 4000 years resides a fringe of new, modern resort hotels, restaurants and shopping venues worthy of a spot on 5th Avenue. Considered the downtown district, Garapan is where most of the restaurants, bars, and shopping centers are located. World class golf is to be found on five 18-hole and two 9 hole courses all overlooking the majestic seaside cliffs. During late spring, the Saipan Beach Pathway, Beach Rd., and other thoroughfares are lined by Flame Trees in blossom.

Managaha Island is a short boat ride away where the crystal waters of the lagoon offer award-winning snorkeling and water sports.The cavernous Grotto is rated as the #2 scuba dive anywhere in the Pacific.

Much more awaits the happy visitor to Saipan.